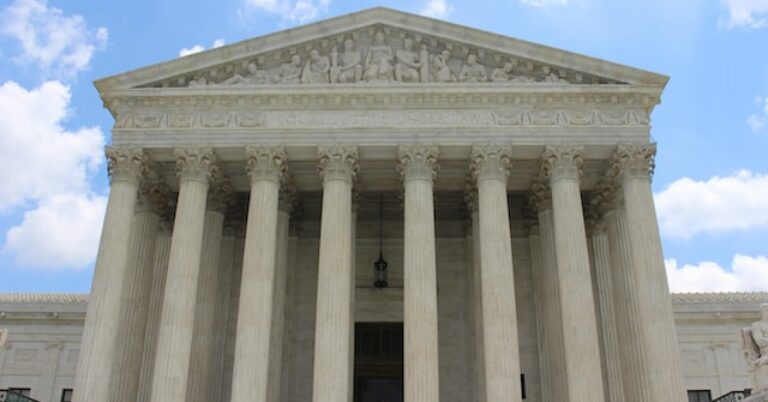 A small independent website designer in Colorado is getting national attention. Why? The U.S. Supreme Court will hear a case next week about whether the government can force her to say something that goes against her personal beliefs.

It’s one of the biggest free speech cases this Supreme Court term. And you may not have heard about it – at least not presented that way.

Many headlines cast the case as being about discrimination, suggesting that whether a creative professional can refuse to speak a certain message is the same as refusing to serve customers based on who they are.

The distinction between message and identity is critical to the ability of all people — particularly people with minority viewpoints, to create the diverse and vibrant society that we all enjoy.

From immigrants bringing the culture of their native lands to specialize in businesses satisfying the needs of their fellow immigrants — and in the process sharing that culture with their new community — to social entrepreneurs focused on delivering the message of social change, the freedom to hone a message without government pressure to homogenize speech has been critical to the spontaneous expansion of the rich and intricate society in which we live.

That applies to Lori Smith too. She’s the Colorado designer who brought this case, 303 Creative LLC v. Elenis. As she’s built her small business, she’s made a range of sites for a diverse array of people, including LGBTQ customers. Everyone involved, including Colorado, the defendant in the case, agrees that Smith serves all customers regardless of who they are.

But they don’t agree on what she is allowed to say — or not say — insisting that she must express the state’s viewpoint or face the consequences.

That brings us back to free speech. The case isn’t about refusing to serve someone because of who they are. It’s about declining to say what you do not believe. When Smith wanted to expand into custom wedding websites, she wanted to celebrate her Christian belief that marriage is between a man and a woman. Her designs — her speech — are consistent with that belief.

But that was not good enough for Colorado, which insists that Smith must also express the state’s viewpoint.

That raises the inevitable risk of downstream effects that are likely to cause mayhem if speech is not roundly defended.

If government can tell creatives what views they must express, the impact will extend far beyond Christian artists to reach not only the most sensitive topics but also the most mundane of everyday decisions.

From pro-choice musicians to LGBQT designers from Muslim copywriters to pacifist graphic artists, creatives of wide-ranging views could be forced to produce ideas that go against their beliefs. This type of high-profile conflict seems self-evident.

Less obvious, but potentially more invidious, is the effect that upholding compelled speech would have on the vast array of organizations that form the background for everyday life.

Hospitals, schools, and cemeteries, among a myriad of other businesses that are paid, at least in part, to communicate, could be punished for refusing to deliver the message demanded of them by a potential client within a protected class.

For example, a cemetery that has curated a restful look and feel could be compelled to host headstones that display controversial messages for eternity, contrary to their own desires and the expectations of their existing clientele. Down this road lies the end of diversity, creativity, and personal choice to a standardized world in which minority views are driven from the marketplace.

While the ramifications of 303 Creative may have far-reaching effects if decided against protecting speech rights, a decision upholding the speech rights of creative professionals will leave us largely where we are today, with a variety of speakers delivering a broad range of messages without the government forcing them to say anything.