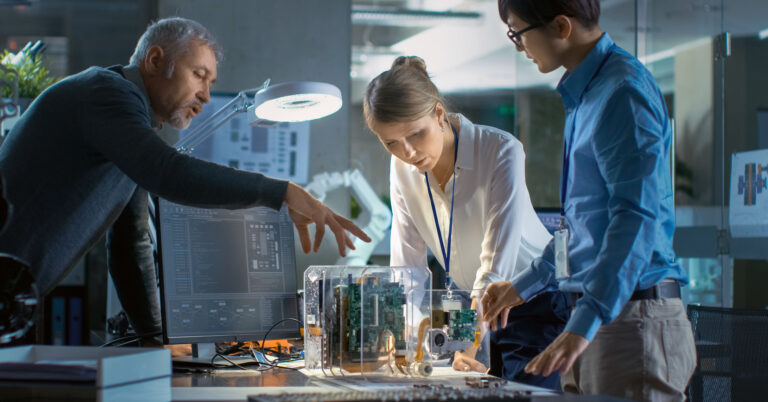 At Americans for Prosperity, we believe technology improves lives.

From lifesaving medical advancements to technology that will make our world safer, embracing innovation is essential for transforming society for the better.

That’s why we need policies and cultural support for experimentation, allowing anyone to try something new.

As Senior Policy Analyst James Czerniawski explains in this Q&A, AFP’s 2022 tech and innovation priorities are about working to remove government barriers that could hold back the next great idea and limit people from achieving their full potential and expressing their voice to the best of their ability.

What are AFP’s federal priorities concerning tech and innovation in 2022?

JC: One that’s purely technology and innovation is dealing with antitrust and Section 230 reform legislation that’s coming out or being discussed. For readers who may be new to these issues, Section 230 of the Communications Decency Act of 1996 protects websites from being sued if a user posts something illegal.

The EARN IT Act is also up there. It’s a bad bill because it would stifle technology that protects online privacy.

More tangentially, we’re looking at criminal justice reform and Foreign Intelligence Service Act and looking at the surveillance state and technologies there. Facial recognition, things like that, which we’re working on with Jeremiah Mosteller, our senior policy analyst for CJR.

We’re also educating lawmakers about regulatory sandboxes and permissionless innovation and getting involved with Web 3.0 and crypto.

Are there federal priorities that are also being dealt with on the state level?

JC: The biggest one is content moderation. These bills keep popping up across the country.

The ones that ladder up to the federal level especially are those bills that deal with App stores. We’re monitoring the Open Markets Act, which undermines contracts and the right to contract between private companies.

Let’s return to antitrust and Section 230. They’re ongoing issues, but not always front and center in the headlines.

JC: But they’re the ones that are most serious right now in terms of their viability to be a threat.

Regarding antitrust, just look at the so-called American Choice and Innovation Online Act, which targets the ability of online platforms to engage and sell preferencing if they are above a certain threshold of $600 billion market cap.

As for Section 230, there will not be any meaningful legislation that will move through the process this year. That’s because Republicans and Democrats are diametrically opposed on what they want out of Section 230 reform.

But there’s still ongoing debate, especially about how Section 230 and content moderation affect transparency and algorithms.

What first principles guide our point of view on Section 230 and content moderation?

JC: Ultimately, the principle is ‘don’t kill the golden goose.’ We’ve got something really unique here in the internet that has empowered people to make their voice heard in ways that were not previously possible.

The more we seek to regulate this space, the more likely we’ll be stuck in a position where we basically find ourselves re-establishing gatekeepers. That’s not progress.

What solutions is AFP advancing to address these issues? How do those solutions exhibit a belief in people to solve these challenges?

JC: At the end of the day, we’re putting our faith in people’s ability to create solutions to the problems they’re facing.

Rumble is a story I like to share with lawmakers a lot. That’s a case where someone learned to innovate on the margin and tailored a product that works for a particular audience. And it’s viable! It’s becoming a competitor.

There’s always something new that’s coming out. These tech companies are not guaranteed their place of dominance in perpetuity. Just look at Facebook, which lost daily users in 2021 for the first time in its 18-year history.

I have faith that someone is going to come up with a more attractive way of communicating between people.