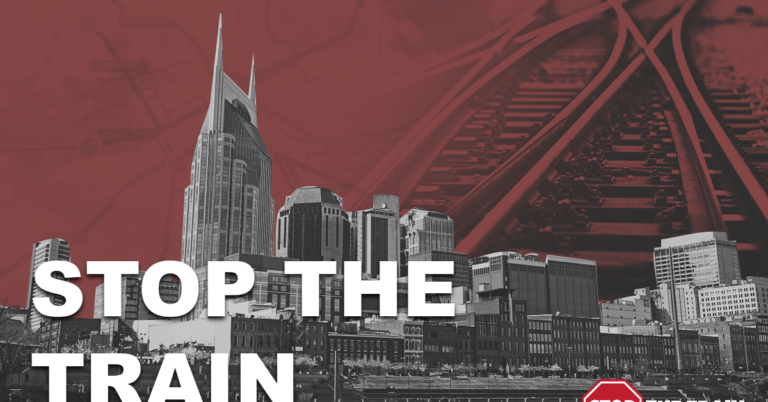 If you’ve been following the story of the Nashville transit plan boondoggle, you know by now that this plan to alleviate traffic congestion is estimated to cost taxpayers $9 billion.

You also know that the plan’s original estimate was about half that amount, but lawmakers weren’t being upfront about the costs.

But did you know that transit plans just like this have been tried in other cities and haven’t worked?

That’s right, the transit plan before you won’t alleviate traffic, which is its main purpose.

A recent critique of the Nashville Transit Improvement Plan laid out a few problems for you to consider:

Transit doesn’t cut down on road congestion. Cities with large transit services still have awful traffic. Studies show that although some cars will be taken off the road in favor of transit, other cars are going to take their place. The report calls this the “iron law of traffic” – traffic is going to fill the empty spaces. Large cities with transit systems still have traffic as bad as Nashville or worse.

Using transit, your commute takes longer. Right now, traveling by transit in Nashville takes a commuter about twice as long to get to work as by car. In Denver, where they’ve built an extensive light rail system, commuting by transit instead of by car takes nearly twice as long. So what is the incentive for commuters with their own vehicles to use public transportation when they know it will take longer? There isn’t one.

Railways reduce space on the roads. Making room for light rails means taking up traffic lanes. It means turn lanes change or will be eliminated. It means mixing cars and trains on the same road that then reduces “the capacity of a street to carry traffic.” And that causes more congestion.

Trains can’t adapt to changes in usage. This is obvious, but a train system is stuck in one place, unlike a transit bus system that can change routes based on traffic flow and usage. A light rail is the least adaptable plan for an area that is adapting and growing every year.

The report goes more in-depth, but there’s a central point: This transit plan isn’t going to work. The roads will still be congested, and to a greater degree than they were before. There are effective solutions to traffic build-up in Nashville, but the Nashville Transit Improvement Plan isn’t the answer.

Stop the Train in Nashville by opposing the $9 billion transit boondoggle!