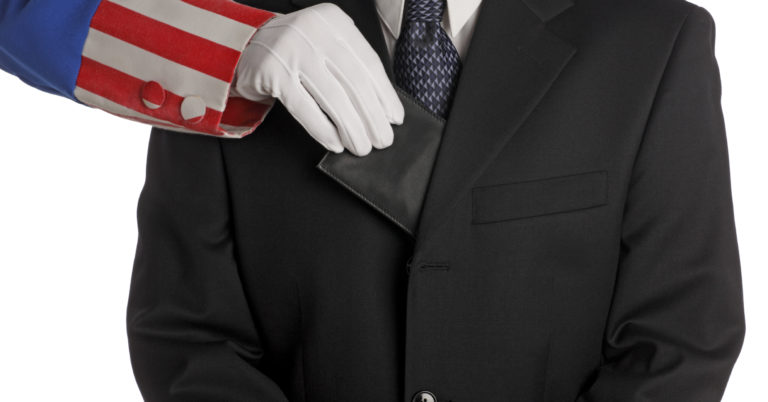 When it comes to corporate welfare, the energy industry isn’t shy about taking handouts

Tax extenders are “temporary” tax breaks for well-connected companies and industries. Of course, there is nothing temporary about them: Year after year, these political favors are expected to be renewed by lawmakers, rendering them less a measure for emergency situations than a permanent fixture of the tax code.

Nothing is so permanent as a temporary government program, as Milton Friedman once observed. The same can be said of Washington’s tax extenders. And Washington has a lot of them.

Whether it’s in renewable or non-renewable energy production, Washington isn’t shy about subsidizing producers and picking winners and losers in the marketplace – always at the expense of hardworking taxpayers.

Take biofuels — fuel from plant matter, typically ethanol made from corn — which the government both mandates and subsidizes. Ethanol tax credits are among the most significant energy-related expenditures in terms of revenue forgone.

One such tax credit comes from the Energy Policy Act of 2005, which grants a 30% credit for property that dispenses alternative fuels, such as ethanol (E85) or electricity for battery-powered vehicle charging stations.  Businesses can receive up to $30,000 in tax relief from this credit.

Year after year, this tax credit is extended.

Though one of the intents of these tax credits was to cut down on greenhouse gas emissions, it hasn’t done that. A 2013 study found that Volumetric Ethanol Excise Tax Credit “does not appear to have meaningful impacts on [greenhouse gas] emissions.”

The same report also found that removing all tax provisions for biodiesel “would reduce expenditures from the Treasury by about $12.6 billion per year.”

That’s a significant chunk of change for taxpayers – more than the combined total state budgets for New Hampshire and Vermont.

Renewable energy, in the form of solar and wind, among many others, received over 65% of the total tax-related support for the energy industry in 2017 but provide only 12.8% of the energy Americans used.

Nevertheless, that goal always seems to be just a few years down the road.

But it didn’t. Instead, it was expanded as it came to subsidize other forms of energy production such as geothermal energy.

All in all, this tax credit has been extended and modified 11 times.

Many of these renewable energies are already cost competitive, meaning that it’s no longer justifiable for the federal government to subsidize them. Unfortunately, that hasn’t deterred Washington from extending these credits.

No matter the type of energy company to which Congress grants political favors, we should oppose all corporate handouts. Many of these tax credits, extended year after year, are costly, unnecessary and ineffective — or all of the above.

Tell Congress: End the tax extenders rubber stamped each year, and don’t revive tax credits that have expired. The government shouldn’t be in the business of picking winners and losers.