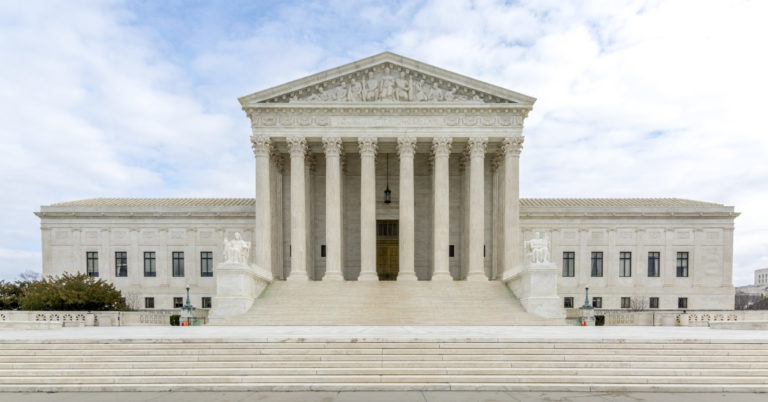 The Senate Judiciary Committee’s confirmation hearing to consider Judge Amy Coney Barrett for the Supreme Court is officially underway. Over the next four days, 22 senators will be tasked with questioning the nominee about her legal philosophy, judicial qualifications, and case record.

Though it seems like most senators support the confirmation of Judge Barrett to our country’s highest court, nothing in politics is ever certain. In the following Q&A, Americans for Prosperity Policy Counsel Eric Bolinder explains what we should be looking for in these confirmation hearings and what we can expect.

Judge Barrett’s Supreme Court confirmation hearing in the Senate began today but is expected to last four days. What kinds of questions directed at the nominee from members of the Judiciary Committee can viewers expect to hear?

We hope and expect that senators will ask Judge Barrett about her judicial philosophy and approach to cases that come before her. We know from her past scholarship and experience on the 7th Circuit that Judge Barrett is a constitutionalist — a judge who applies textualism and originalism and rules based on what the plain text of the law and Constitution is, rather than legislating from the bench.

Unfortunately, we expect some senators may try to apply outcome-specific litmus tests to Judge Barrett. They’ll ask her to predict how she’ll rule on certain policy issues, rather than inquiring about her underlying judicial philosophy. This is the wrong way to think about the Court.

The Supreme Court is not a legislative body we call on to make policy decisions; it’s a judicial body we call on to enforce the plain text of the law and Constitution as written. After all, we elect our congressional representatives to legislate, not judges.

What answers from Judge Barrett should viewers be looking out for? What will assure them that the nominee is qualified?

The main thing we should want from any judge is an adherence to the Constitution and a devotion to interpreting the law as written.

We already heard this from Judge Barrett’s opening statement, where she rightly observed that “Courts have a vital responsibility to enforce the rule of law, which is critical to a free society. But courts are not designed to solve every problem or right every wrong in our public life. The policy decisions and value judgments of government must be made by the political branches elected by and accountable to the people. The public should not expect courts to do so, and courts should not try.”

If you were a senator on the Judiciary Committee, what would you ask Judge Barrett?

I would ask her to describe her judicial philosophy, particularly what it means to be an originalist or a textualist. I would ask her what role personal politics or viewpoints should play in judicial decision making. And I would ask her about her respect for our founding document, the Constitution, and its amendments.

What happens after this week’s hearing? What could the Senate do?

The Senate Judiciary Committee will meet either late Thursday or early Friday to consider the “mark up” of her nomination — essentially determining whether she should be voted out with a favorable recommendation to the full Senate floor. It is not actually necessary for the Committee to favorably report her, but it is helpful.

Per tradition in the Committee, the Democratic senators will likely ask Senator Lindsey Graham to “hold over” her nomination for a week — meaning the Committee will actually vote seven days later.

Following that, Majority Leader Mitch McConnell will put her nomination on the floor, take a vote to invoke cloture (end the filibuster) and, if that’s successful, bring her up for a final floor vote 30 hours later.

We should expect the final vote around October 26 or 27. If the cloture vote succeeds, then the nomination is all but assured.

For those who support Judge Barrett’s confirmation to the Supreme Court, it may seem like she’s certain to be confirmed by the Senate. Is that true? Or is it still important for grassroots to remain focused in urging their lawmakers to confirm the nominee?

Nothing is certain in Washington. Senators need to consistently hear from our grassroots activists that they support Judge Barrett and want them to vote yes. Otherwise, some senators may look for an easy way out, whether that’s on a procedural motion or otherwise.

Judge Barrett is a highly qualified nominee with sparkling credentials. She has the judicial philosophy and temperament we should demand of any Supreme Court justice.

We cannot allow senators to play politics with such an important nomination, and we must continually contact their offices and remind them that we expect them to do the right thing and vote yes to confirm Judge Barrett.

Tell your senators to vote “yes” on Judge Amy Coney Barrett and send her to the Supreme Court.