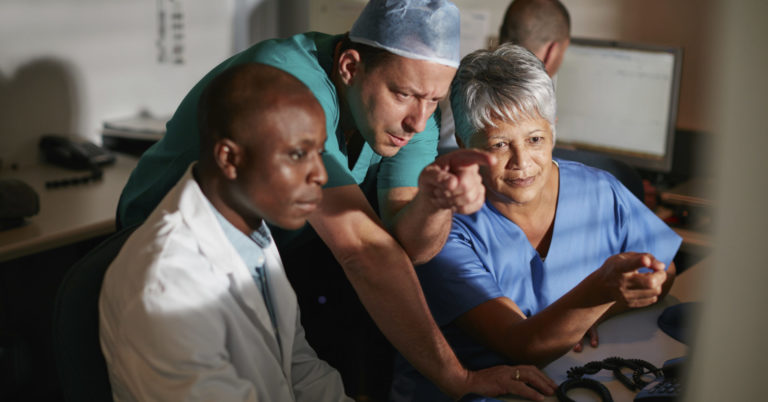 To Understand Medicare for All, Look Under the Hood

A recent tracking poll from the Kaiser Family Foundation shows that Medicare for All, a single-payer health care program, enjoys popular support — until, that is, respondents look under the hood and learn what the program would really entail.

According to the poll, 56 percent of Americans support Medicare for All. But, when informed that it would eliminate private health insurance, support for the program drops to 37 percent.

And when informed that Medicare for All would threaten existing Medicare, support plummets to 32 percent.

The numbers become even more dismal for proponents of single-payer when respondents are informed that the program would lead to delays in medical tests and treatment.

Single-payer proponents intentionally keep Americans in the dark when they don’t knowledge that their plan would boot 180 million Americans off their private insurance plans.

But the model legislation they’ve pitched for the plan reveals the true story: Medicare for All would prohibit private insurance companies from selling coverage that “duplicates the benefits provided under this Act.”

Those benefits are comprehensive, meaning that practically no private insurance policy would survive the act’s implementation.

To get a clearer picture of what that would mean, imagine the government announcing that it would start its own grocery store chain, at which everyone would be forced to shop for most goods. The government claims that privately owned grocery stores would still be allowed under this arrangement — except that you’d only be allowed to purchase ice and condiments at these stores.

This is a sleight-of-hand that allows the government to regulate private insurance companies into irrelevance while claiming that it hasn’t technically outlawed them. But hardly anybody would want to purchase these plans after single-payer’s implementation.

Medicare for All proponents would also like Americans to ignore the cost of implementing such a program. According to the Mercatus Center, that number exceeds $32 trillion over the first 10 years. As Mercatus notes, “Even doubling all federal individual and corporate income tax collections would fall short of fully funding the plan.”

As a result, tens of millions of Americans will be paying more in taxes than they ever were for their premiums and out-of-pocket expenses.

It Reduces the Supply of Care

Also left unmentioned by single-payer proponents is the effect that their plan would have on the supply of health care. The “savings” from the program come from paying providers a rate 40 percent lower than what private insurance reimburses.

In other words, Medicare for All stiffs doctors and nurses.

Those promoting this program don’t seem very curious as to whether slashing provider salaries would reduce the willingness of providers to, well, provide care — but there is no doubt it would reduce the availability of health care.

Witness what has happened in the U.K., where Britain’s National Health Service has left the country with severe doctor and nurse shortages. We’d be only accelerating this problem in the U.S.

To get an even clearer picture of government-run health care in Britain, it helps to look at the NHS’s delays; millions wait for care, and hundreds of thousands wait longer than four months.

Some have even waited for longer than a year.

That’s what Medicare for All looks like beneath the glossy paint job. Luckily, when Americans take a look under the hood, they refuse to pay for it.