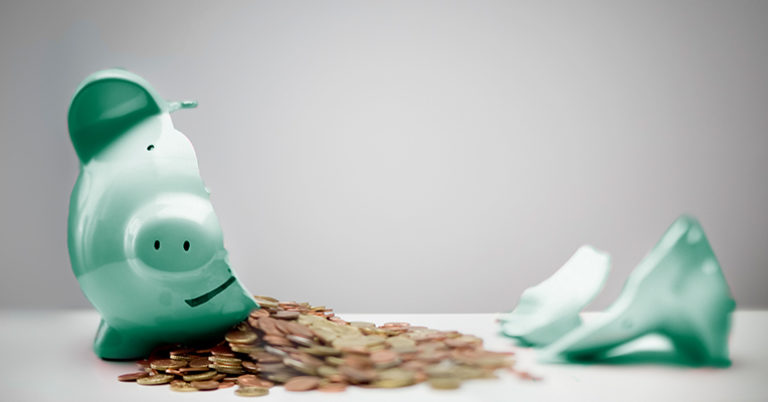 The Export-Import Bank is corrupt. Tell Congress to vote it down.

The Export-Import Bank’s charter is expiring on Sept. 30. Lawmakers on both sides of the aisle seem intent on renewing it when the vote comes up in Congress.

They shouldn’t, though. The Ex-Im Bank is one of America’s largest corporate welfare programs. It’s a huge source of corruption and cronyism, which operates by taking your money and doling it out to some of the world’s largest companies.

Both parties are complicit.

The result is that businesses without political connections and hardworking taxpayers lose out, while politically favored companies win. The fact is, America doesn’t need the Export-Import Bank. We would be better off without it.

To show hardworking taxpayers they care about creating a level playing field, lawmakers should vote to shut down the Ex-Im Bank.

The Ex-Im Bank has a sordid history of malfeasance among its leadership.

A 2013 poll conducted by the bank found only 42% of its employees believed the bank’s leadership acts with “high standards of honesty and integrity.” A year later, federal investigators began looking into allegations that Ex-Im officials took gifts from companies looking to get export financing the easy way.

Those polled employees skeptical of bank leadership were onto something. But they were likely also aware of the bank’s spotty track record. Since 2009, 46 people have been convicted of defrauding the bank, and there have been 71 indictments related to mismanagement and corruption.

One such case of graft was found to have cost taxpayers nearly $20 million.

The bank’s corruption is just a symptom of a larger problem with Ex-Im: its mission. The bank deploys billions of dollars in service to some of the world’s largest businesses.

The Ex-Im Bank claims that its projects are intended to help small businesses — but its definition of “small business” is one with up to 1,500 employees. Large companies tend to reap the bank’s benefits as a result.

Ex-Im is often called “Boeing’s Bank” for a reason. The aircraft production company habitually received a whopping 70% of the bank’s loan guarantees and benefitted from 40% of its total activities until 2015, when the bank’s capacity to offer financing was severely limited until this year.

Many of the bank’s beneficiaries aren’t American companies. The Air Transport Association has estimated that Ex-Im’s loans to foreign airlines — such as Emirates Airlines and Korean Air — have cost domestic carriers as many as 7,500 U.S. jobs in the United States.

Lawmakers who intend to vote for the bank’s reauthorization need to answer the question: How does it benefit average American taxpayers to have their money given to large companies, some of which are foreign?

Tell Congress to vote the bank down

Whether the company is small or large, foreign or domestic, no business should be singled out for government support. It isn’t right that American taxpayers are compelled by the government to spend their hard-earned money to prop-up businesses.

American companies should be free to fail or succeed on their own merits — not based on their popularity with lawmakers.

Tell Congress: Vote “no” on the Export-Import Bank. Let them know that America doesn’t need the bank. We’d be better off without it.