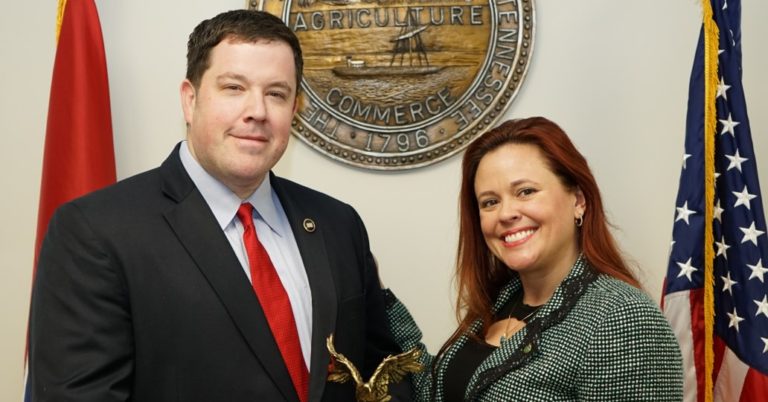 “Representative Hill has proven himself a stalwart of economic freedom and a rightful recipient of our highest honor, the ‘Champion of Prosperity’ award,” said AFP-TN State Director Tori Venable. “He led the fight to stop the gas tax hike and has supported numerous free-market policies that will make the American Dream more achievable for every Tennessean.”

The “Champion of Prosperity” award is given to lawmakers who have distinguished themselves by scoring 90 or higher on AFP-TN’s biannual legislative scorecard, which measures lawmakers’ allegiance to economic freedom and fiscal responsibility. Rep Hill has been named a “Taxpayer Hero” with a score of 96.

“Thank you to AFP for this recognition of the conservative battles my colleagues and I have fought together,” said Rep. Hill. “I’m grateful to the people of the 3rd House District who send me to fight for lower taxes, less regulation, and growth on their behalf.”