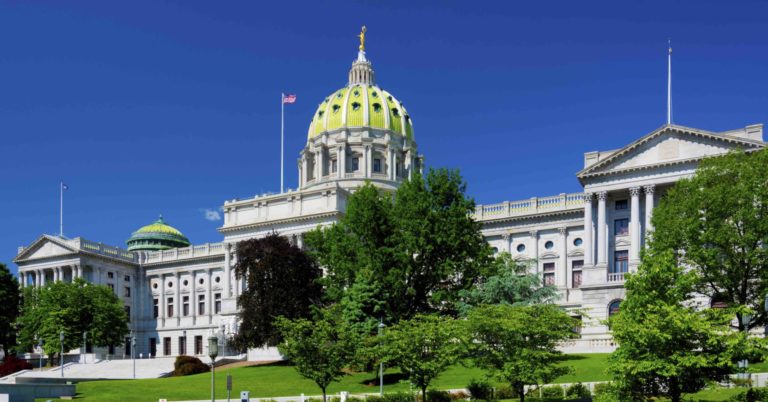 Snapshots of Harrisburg: What I Learned After a Day of Fighting for Freedom in the Pennsylvania Capitol

On Monday, June 10, I had an opportunity to visit Harrisburg with Pennsylvania Deputy State Director Anna McCauslin. I got a peek into what a typical day is like for her and, wow, is it fast paced and targeted!

For some readers, visiting state representatives sounds as fun as watching corn grow. But the day was in fact very interesting, revealing, and eye opening.

The policy battles waged in our country are fought in countless places, our state capitals not the least among them. If you’re working to preserve limited government, rule of law and liberty, those legislators on the front lines fighting for the same things need your support and involvement.

Rep. Russ Diamond shared with us that the three most effective ways to make our voice heard are in-person visits, letters and phone calls. As hard as it is to make room in your schedule to visit your elected officials in Harrisburg, try to do it at least annually.

Contacting your lawmaker makes a real difference and  sends the message that you and other citizen advocates mean business! (Note to self: start recruiting a small group of people in my area and make an appointment to visit my state representative).

Let’s find innovative ways to accomplish our goals. Benjamin Franklin’s remark, “A republic ma’am if you can keep it,” has new meaning to me. Fellow PA citizen, we are a key part of keeping this republic on the right course.