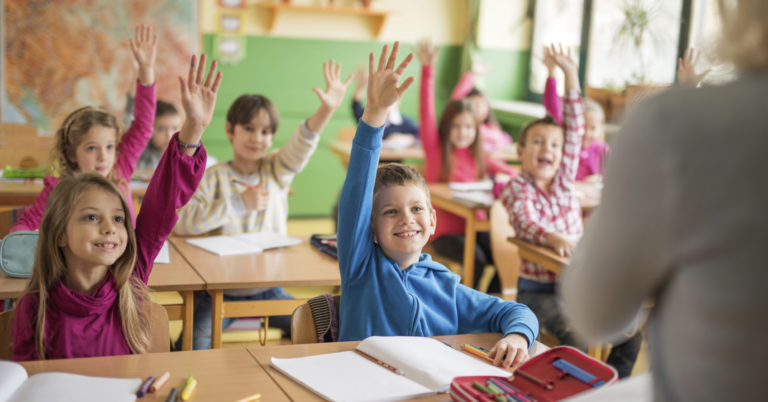 Last night on CBS’s 60 Minutes, Education Secretary Betsy DeVos was asked about the impact of school choice policies on public schools. Citing Florida’s positive track record on education—a state with an abundance of public and private school choice options—DeVos rightly stated that when more educational options are available to families, the academic outcome of students in traditional public schools improve.

60 Minutes host Lesley Stahl challenged DeVos’s argument, however, pointing out that in DeVos’ home state of Michigan, traditional public schools don’t appear to be making progress. DeVos’ inarticulate response has opened her up to attacks, but the Secretary’s conclusion was correct, and the line of questioning itself misses the point.

As it turns out, poor outcomes in Michigan cannot be blamed on increased educational options, as the state still lags when it comes to educational freedom. In fact, Michigan currently does not have any private school choice programs. And as noted by the Mackinac Center for Public Policy,

“not only is educational choice limited to public schools, but the Michigan Constitution actually prohibits any public benefit from being used to help students attend a private school (other than transportation). No other state constitution is more restrictive.”

Moreover, DeVos is right to point out that educational freedom affects public schools in a positive way, and there’s evidence that Michigan’s public schools would benefit from expanding choice beyond just public schools, especially since sound research has demonstrated that the availability of educational options improves public school performance. According to EdChoice:

Stahl also challenged DeVos’s stance on school choice by claiming that allowing students to attend a school other than the assigned public school means taking funds away from traditional public schools. This claim seems to be the battle horse of anti-education freedom critics, but the available academic literature on this topic paints a different picture. As highlighted by EdChoice:

“there have been 28 empirical studies examining the fiscal impact of school choice on taxpayers and public schools. Of those, 25 find school choice programs save money, and three find the programs studied are revenue neutral.”

Stahl’s inferences that education freedom hurts public school students and that more funding is the answer for better educational outcomes simply don’t pass muster. The data show that increasing education options for families is improving the lives of millions of students every day across all forms of schooling, and is increasing rather than decreasing available per pupil funding in traditional public schools.

Education freedom opponents have jumped at the opportunity to highlight DeVos’s interview as an indictment of school choice policies, but the facts support the secretary’s conclusion: more educational freedom lifts all schools, and most importantly, all students.

Perhaps in her next 60 Minutes segment on K-12 schooling, Lesley Stahl can ask her guest why a 375 percent increase in school spending hasn’t achieved the results that advocates of more government control in education keep promising it will – causing more and more families to pursue other education options in the first place.