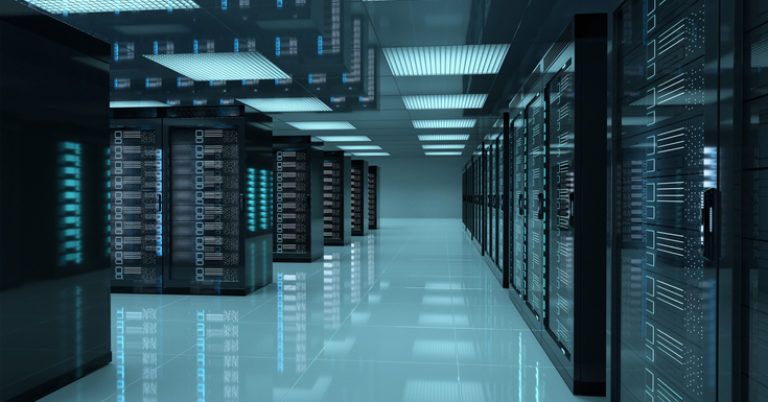 Recently, the National Telecommunications and Information Administration (NTIA) petitioned the Federal Communications Commission for a rulemaking on Section 230. Our sister organization, Americans for Prosperity Foundation, filed a regulatory comment opposing this rulemaking. This blog post builds on the legal and policy argument from that comment.

Mr. Johnson reaches his conclusion by avoiding the strongest legal arguments against a Section 230 rulemaking and instead concentrating on a relatively non-controversial provision of the Communications Act. In doing so, he disregards critical hurdles the FCC must overcome to regulate in this space.

This obfuscation is telling: there’s little support for what he’s advocating. In reality, Mr. Johnson’s argument would empower the FCC to become a legislative body — trying to amend laws passed by Congress that the Commission doesn’t like.

Fortunately, that’s not how the Constitution works.

Mr. Johnson spills much ink on the likely correct argument that Section 201(b) gives the FCC ancillary authority to make rules where Congress has authorized it when it has added new bills into the Communications Act, either by direct command or by leaving statutory provisions ambiguous.

Indeed, Americans for Prosperity Foundation never argued otherwise in its comment opposing the NTIA’s petition for rulemaking. But the analysis about whether the FCC can regulate in this space does not stop there. The next, critical question is this: did Congress explicitly grant rulemaking power or, alternatively, is the statute ambiguous? The answer to both questions is no.

First, in no part of the statute adding Section 230 to the Communications Act did Congress affirmatively command the FCC to initiate rulemaking relevant here.[1]

Second, the plain text of Section 230(c) is direct, unambiguous, and easy to understand. As Americans for Prosperity’s comment details, nearly all courts have had little trouble comprehending and applying it.[2]  The D.C. Circuit recently held the FCC cannot invoke its “ancillary jurisdiction . . . to override Congress’s clearly expressed will.”[3] Mr. Johnson invokes Chevron Step Zero, but then skips Chevron Step One, which holds: “If the intent of Congress is clear, that is the end of the matter; for the court, as well as the agency, must give effect to the unambiguously expressed intent of Congress.”[4] If so, like here, the matter is settled. Trying to end-around this obstacle, Mr. Johnson argues that all the FCC wants to do is “clarify” the “immunity shield” in 230. What needs clarification?

Nothing, and that is where he tips his hand that he really wants the FCC to act as legislator. He writes: “At the end of the day, the scope of the Section 230 immunity shield must be interpreted by someone.” But the Court has said otherwise, holding the only role for an agency is to “fill any gap left, implicitly or explicitly, by Congress.”[5]  As the Court has counseled the FCC before: “An agency literally has no power to act . . . unless and until Congress confers power upon it.”[6]  And when the FCC acts “improperly, no less when they act beyond their jurisdiction, what they do is ultra vires.”[7]

To buttress his argument, Mr. Johnson cites Justice Clarence Thomas’ recent statement on Section 230. But Mr. Johnson misses that Justice Thomas actually counsels against what the FCC is arguing here.

And Mr. Johnson leaves out what Justice Thomas previously said about Brand X, the Court case Mr. Johnson wrongly claims affords the FCC authority here.[10] That decision attempts to reconcile what happens when an agency reaches a different interpretation of a statute after a court does.

But for Brand X to be relevant, the statute must be ambiguous — this one isn’t.[11]  And as Justice Thomas remarked in a recent dissent, Brand X should be overturned: “Brand X appears to be inconsistent with the Constitution, the Administrative Procedure Act, and traditional tools of statutory interpretation[.]”  Baldwin v. United States, 140 S. Ct. 690, 691 (2020) (Thomas, J., dissenting from the denial of certiorari).

Mr. Johnson notes that the “fact that courts have been interpreting Section 230 for years does not prevent the Commission from construing its ambiguous terms.” He later argues “courts have reached divergent interpretations of key provisions of an important statute, thus creating substantial uncertainty and disharmony in the law.”

But, as Americans for Prosperity Foundation’s comment and many others catalog, this is largely untrue. Courts have not struggled.[12] That someone can point to one or two outlier cases does not mean Congress passed an ambiguous statute. Most courts faced with applying the law have understood Section 230’s liability immunity, including decisions that easily explain the difference in coverage between (c)(1) and (c)(2).[13]

It is unsettling to see this sort of rhetoric coming from the same FCC that, not all that long ago, returned “Internet traffic exchange to the longstanding free market framework under which the Internet grew and flourished for decades.”[14]

That FCC wrote it does “not believe hypothetical harms, unsupported by empirical data, economic theory, or even recent anecdotes, provide a basis for . . . regulation.”[15]  Or as Chairman Ajit Pai remarked: “[t]he Internet is the greatest free-market innovation in history. It has changed the way we live, play, work, learn, and speak.”[16] And “[w]hat is responsible for the phenomenal development of the Internet? It certainly wasn’t heavy-handed government regulation.”[17]

As the Commission then held, the Internet should be “driven by engineers and entrepreneurs and consumers, rather than lawyers and accountants and bureaucrats.”[18] The FCC should not change course now — doing so will open the door to virtually limitless rulemaking from a future Commission on any corner of the internet, regardless of whether Congress granted such power or not.

Unfortunately, initiating rulemaking on Section 230 would mean this FCC no longer valiantly defends internet freedom. It would instead transform into just another agency driven by the winds of political favoritism to engage in heavy-handed and unlawful regulation.

Fortunately, the law does not permit this. Any efforts by the FCC to act as a mini Congress and change the text of Section 230 will be met with stiff court challenges—and those court challenges should be successful. If the FCC disagrees with Section 230, it needs to petition Congress, not try to rewrite the law itself.

[9] Of course, there is no need even for Supreme Court intervention—the lower courts have consistently interpreted Section 230.