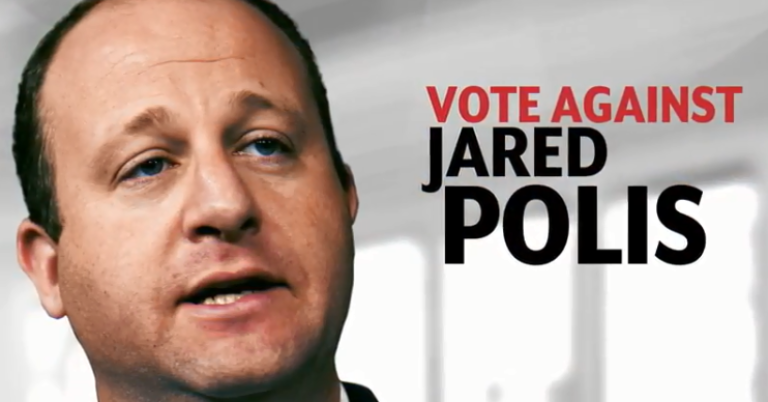 A pair of recent studies confirm what many of us know. While far from perfect, things in Colorado are going well. The CATO Institute recently placed Colorado among the five freest states in the country ranking states by policies that shape personal and economic freedom.

And earlier this year, U.S. News and World Report named Colorado the top state for economic stability and potential.

But in this year’s race for governor, we are confronted with Rep. Jared Polis – a tax-and-spend politician who wants to take Colorado down a path of higher taxes, reckless spending and a more intrusive government.

The stakes are too high to get this wrong.

While other states have been raising taxes to fund reckless spending, lawmakers in Denver have largely resisted embracing job killing economic policies. Additionally, Colorado boasts one of the lowest property tax rates in the country, making our state a more affordable place to live and raise a family.

Of course, keeping things this way hasn’t been easy.

For years, Colorado’s Taxpayer Bill of Rights (TABOR) – an amendment limiting how much revenue the state can collect and spend without first receiving the consent of the taxpayers – has been under constant attack. Big-government politicians, including Rep. Polis have talked about dismantling this important safeguard that has helped Colorado’s major cities and municipalities avoid the fate of other places in our country that have had to declare bankruptcy because of reckless spending.

But if Coloradans hand over the keys to the governor’s mansion to Rep. Polis, all bets are off.

There is little from Rep. Polis’ nearly 10 years in federal office, or from his campaign literature, to suggest he is not going to raise taxes and dramatically grow the size of government upon taking office.

In Washington, Rep. Polis has voted with Rep. Nancy Pelosi 90.3 percent of the time over his career. On the stump, Rep. Polis has called for establishing Medicare-for-all — a single-payer Sen. Bernie Sanders endorsed health insurance plan that prohibits the type of insurance coverage most people have at work and squeezes everyone into a costly government-run scheme. No surprise then that Sen. Sanders recently announced plans to campaign for Rep. Polis in Colorado this month.

And even as an independent analysis concluded that nearly 8 in 10 Americans will pay less in taxes this year and Coloradans will see an average take-home-pay increase of $23,201 over the next 10 years, Rep. Polis introduced legislation earlier this year to repeal federal tax relief while falsely claiming that the law raised taxes on working families. The average tax cut in Colorado was $1,630.

Instead of lowering the tax burden on job creators and Colorado taxpayers, Rep. Polis has a long track record calling for tax increases. In 2015, Rep. Polis called for a gas tax hike. Just last year, the Boulder congressman said he would like to see Colorado on a path to 100 percent renewable energy by 2040. A plan, that according to some estimates, could cost as much as $44.8 billion. This translates to nearly $8,100 over a 20 year period for every man, woman and child in the state today – or more than $32,000 for a family of four.

Fortunately, Coloradans have a choice this November. We can say no to higher taxes and over-the-top spending by supporting State Treasurer Walker Stapleton in this year’s governor’s race. Over the years Stapleton has voiced his support for lower taxes and removing barriers to opportunity. He represents a clear contrast to Rep. Polis.

As Coloradans head to the polls this November, we should ask ourselves the following: With so many things going right for Colorado, why would put it all at risk by electing a candidate who is prepared to take Colorado in a radically different direction?

PAID FOR BY AMERICANS FOR PROSPERITY-COLORADO IEC, REGISTERED AGENT, GARY CASTELLAW. NOT AUTHORIZED BY ANY CANDIDATE OR CANDIDATE’S COMMITTEE.