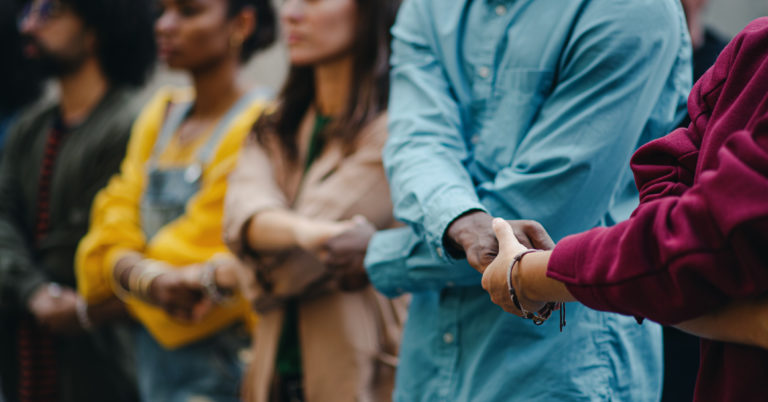 Protest is a hallmark of America. Millions have exercised their constitutionally protected rights in ways large and small to shape the nation we know today. America is a stronger and more just nation thanks to those who have raised their voices to call for change.

Abolitionists, suffragettes, anti-war protestors, and others. Peaceful protest has changed America, and it continues to do so today.

Protest rights – like other foundational freedoms – require vigilance. These civil liberties are being challenged today, often by some with good intentions. In an attempt to promote public safety, some are proposing legislation that goes too far and threatens free expression in the process.

Policymakers don’t always get it right. Bills considered in some states, or even signed into law, may have good intent but go too far.

Other proposals have been unnecessarily vague, leaving people worried that they may face criminal prosecution simply for exercising their right to free speech. Overly aggressive prosecutors may take advantage of the lack of clarity to push a personal agenda aimed at particular groups or individuals.

Whether it’s a campus speech code targeting religious expression or a government policy aimed at environmental activists, the state doesn’t determine what speech is allowed.

In cases like these, Americans for Prosperity protects people’s rights – regardless of where the threat originates.

Opposing bills in a number of states

When the Montana Senate Judiciary Committee received witness testimony regarding HB 481, for example, AFP  joined with the American Civil Liberties Union, the Fort Peck Tribes, the Confederated Salish and Kootenai tribes in opposition.

We argued that anyone so much as standing outside a fence or barrier could be deemed in violation if they are on “property containing a critical infrastructure facility.”

AFP has also spoken out recently about overly broad measures considered in Georgia, Kentucky, Indiana, and other states as well.

Free speech isn’t a left-right issue. When government erodes First Amendment rights – including the freedoms of speech and peaceful protest — it hurts people and causes of all stripes.

We all have an interest in guaranteeing that people may exercise their first amendment rights to speak freely, and to petition for redress of grievances as they see them.