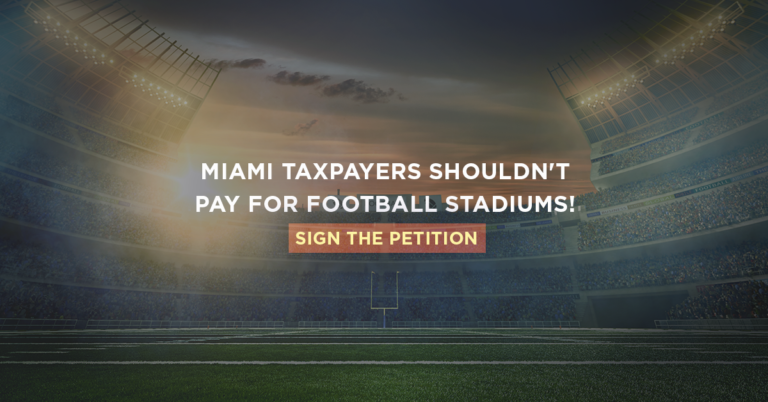 Tallahassee, FL – Americana for Prosperity-Florida, the state’s leading grassroots advocacy group against corporate welfare for professional sports teams, is calling on Miami-Dade residents to speak out against the whale of deal the Miami Dolphins would get at the expense of hardworking taxpayers and hold their elected officials accountable.

AFP-FL is launching a digital ad to ensure citizens are aware of the corporate welfare deals local officials struck. The group is encouraging citizens to reach out to their elected officials and hold them accountable for their votes. 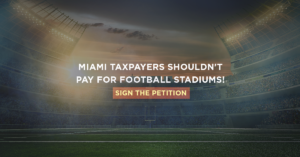 The Dolphins, currently valued at $2.4 billion, will lean on taxpayers for sweetheart deals that include skirting property taxes and an additional $750,000 per year to an already generous $5 million-dollar “bonus” that the county pays the team to host other events at its private facility. In total, the deal could be worth nearly $58 million.

“The Dolphins went fishing for taxpayer subsidies and Miami-Dade and Miami Gardens elected officials swallowed hook, line, and sinker. But it’s wrong that local taxpayers are being asked to pad the privately-owned Dolphins’ bottom line. The only ones benefiting from this deal are the teams’ shareholders. We hope taxpayers remember which elected officials chose to give away their tax dollars to a privately-owned team instead of using those dollars for the essential services residents need.”

Dolphins Should Stay Out of Taxpayer Pockets