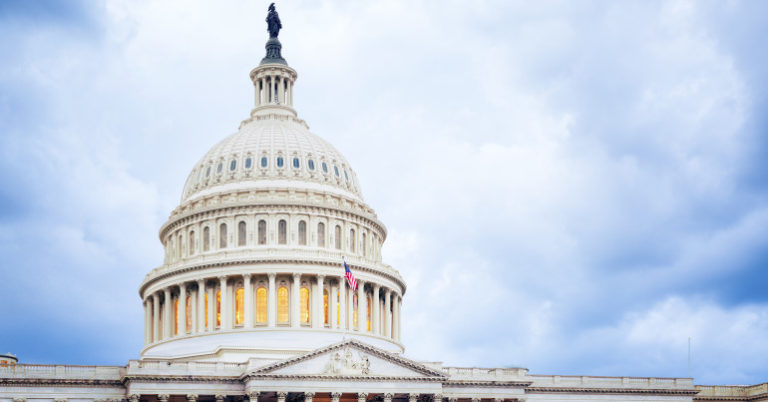 Responding to the health and economic crises in the wake of the coronavirus pandemic will require everyone to do their part. Communities, businesses, educational institutions, and government each have a critical role to play to ensure we take care of those hardest hit and help our country rebuild. How we rise to this challenge will have lasting implications for the future of our country.

Since the crisis began, Americans for Prosperity has advocated for an important but limited role for government policy.  Government policies that were appropriate to help protect the public health created significant economic hardship for those who lost jobs and businesses. Therefore, government policy has a role in addressing those harms.

In the lead up to the relief package passed on March 27, 2020 to address the economic hardship caused by the necessary actions taken to stem COVID-19, Americans for Prosperity encouraged swift action with three criteria: that legislation be timely, targeted, and temporary. People required relief from the real harm done to them by the response to the virus and appropriate action had to be taken.

However, Americans for Prosperity cautioned policymakers not to use the COVID-19 crisis to justify irresponsible policy that satisfies special interests or goes beyond what is a legitimate and wise policy response.

Last week, Congress passed and the president signed a Phase III coronavirus relief package, the CARES Act. While some aspects of this legislation provided appropriate timely, targeted, and temporary relief to those that suffered as a result of policy actions to stop the spread of the virus, other aspects of the legislation were clearly inappropriate and counterproductive.

It is instructive to review aspects of the CARES legislation so that future responses take these lessons into account and don’t repeat the wasteful, abusive, and inappropriate elements of the Act.

Elements that Americans for Prosperity supported as an appropriate and effective response:

That relief is on its way is a good thing, but those positive steps have also brought a host of provisions that have no place in an emergency relief package – or any other piece of legislation.

Here’s what should have never been included in this bill:

Pet projects that have nothing to do with public health: $25 million for The Kennedy Center of Performing Arts in Washington, D.C., which recently furloughed 250 employees despite the funding. $150 million for the National Endowment of the Arts and Humanities. This unrelated spending has no place in a bill that should be focused on relief in this crisis.

Billions of dollars in cronyism and corporate welfare: Bailouts and giveaways to politically favored special interests had no place in this legislation. This includes billions of dollars to select industries at the expense of others. While some industries have been hurt more than others, the virus has impacted virtually every aspect of our economy and no one industry should be singled out for special treatment.

Politically motivated policies that will undermine our recovery: New unemployment benefits that go beyond what many people were being paid to work before the economic crisis are now putting people in a difficult position and making it harder for businesses to hire people. Additionally, special favors that make it easier for unions to organize and that have nothing to do with mitigating the damage of this virus will undermine our recovery, not strengthen it.

Massive spending that will push the country into another kind of crisis: The final package cost an estimated $2 trillion. This level of spending is double the normal annual discretionary budget and equal to about 10% of the entire economy. It is unprecedented in its size and scope. While significant spending was necessary to provide the relief that was required, the fiscal implications of this legislation, combined with decades of unchecked spending before this crisis put the country on an unsustainable path and further at risk of a financial crisis. The additional spending on corporate welfare and pet projects exacerbates that risk.

Each and every one of the above aspects of the bill undermine its goal – to provide relief to the people who were harmed by the policy response to the pandemic. While the implementation of Phase III has only just begun, some are already calling for additional legislation to advance the same kind of partisan wishlist, including:

These aren’t targeted and temporary proposals to increase access to care, speed the development of treatments, or help businesses and individuals who have been hurt by the policy response to the crisis. These are the same partisan priorities that many lawmakers have been pushing for years. They must not be allowed to exploit this crisis for their own political gain. Americans deserve better.