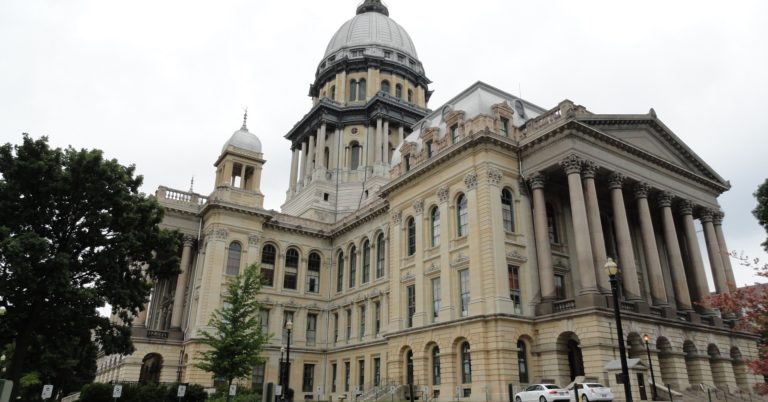 Illinois: There is no constitutional bar to scrapping the tax-hike amendment

As things now stand, voters in November will consider amending the state constitution to scrap our flat income tax and give the General Assembly more latitude to levy higher taxes. But, as one of its first acts when they return to Springfield, lawmakers shouldwithdraw the amendment from consideration.

Some proponents of the measure suggest there isn’t a mechanism for rescinding the amendment. They’re wrong. Not only does the authority clearly exist, that authority should be exercised in the present situation.

Whatever one thinks of the proposal – and we have opposed it from the beginning — the state’s economic circumstances have changed drastically since it was introduced.

How can lawmakers do this?

While the constitution itself prescribes May 3 as the deadline for placing an amendment on the November ballot, it allows the legislature to withdraw an amendment after that deadline passes.

On the floor of the Sixth Constitutional Convention in 1970, Delegate Peter Tomei, chairman of the Committee on Suffrage and Constitution Amending, explained, “we have spelled out specifically that the legislature does indeed have power to withdraw proposed constitutional amendments by a majority vote.”

The report provided to the delegates by the Amending Committee highlighted “the express power of a majority in both houses to withdraw a proposal during the (six-month) waiting period” (emphasis added).

Addressing why the legislature should be afforded the express power to withdraw a proposed amendment, Delegate Tomei told the Convention that it was included as a “mechanism for weeding out perhaps hastily considered or ill-advised constitutional amendment proposals.”

Those two criteria — hastily considered and ill-advised — are both applicable today.

When the governor unveiled the amendment in April 2019, the Senate voted to waive the rules surrounding posting requirements, and it was heard in the Executive Committee the following day.

It seems ill-advised to add to the difficult economic recovery that surely lies ahead any additional tax burden on small businesses. The economic consequences of the coronavirus pandemic are not yet known, but given that 44,453 Illinois employers recently received loans from the federal government and nearly 10 percent of Illinoisans have filed for unemployment, it’s clearly the case that many job creators cannot withstand another blow to their budgets as they struggle to reopen their doors and provide a livelihood for their employees.

At the Constitutional Convention, Delegate Tomei also spoke of a proposal that “did far more than was intended to be done” as an illustration of why legislators might wish to withdraw an amendment from consideration by voters.

Billed as a simple change that would compel the wealthy to pay their fair share, the amendment as approved for the ballot was materially different than when it was introduced, including a number of provisions that would likely have negative unintended consequences in the future for senior citizens and the middle class.

The proposal set to be voted on in November would eliminate a provision that there be “one tax” and replace it with “any tax,” making it easier to tax retirement income, for example, thus allowing politicians to enact one set of rates for ordinary income and a separate rate, or rates, for retirement or other types of income.  It also would eliminate a prohibition against local income taxes that was part of the original version.

If the legislature is granted this power, it would then be able to add additional brackets, increase the rates and lower the threshold at which higher rates kick in, affecting people and business owners who are far from rich.

Illinois faced considerable challenges before the COVID-19 pandemic drove us all indoors and caused massive layoffs. Unquestionably, those challenges are now even more dire.