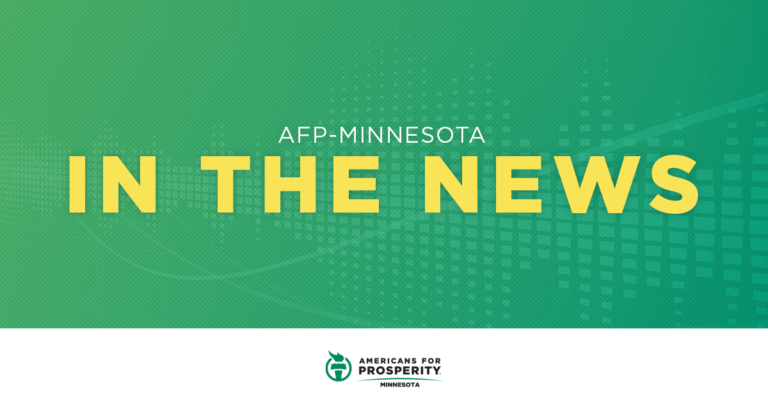 In his column published March 18, Gov. Tim Walz laid out all the wonderful programs that Minnesotans can expect from his budget. In his mind, he’s following through on campaign pledges. But the problem with campaign promises is that you have to pay for them. And when you add it all up, we can’t afford what Walz is selling.

Here’s the reality: the Walz budget would increase state spending by nearly 10 percent, with even bigger increases on tap in the future as new programs are fully phased in. No economic measure – GDP, personal or family income, CPI, or state population – is growing at a rate that could justify that level of spending.

To pay for it all, he proposes new mandates, taxes and fees that would increase the cost of gas, vehicle registrations, electricity, health care and prescription drugs, and add new payroll and sales taxes. Most of these would fall hardest on those Minnesota families already struggling to make ends meet.

Raising taxes is easy for politicians, because it’s always somebody else paying the bill. Instead of blindly throwing money at the challenges we face, let’s look at ways to reform our approach for the long term by setting priorities and reining in spending, addressing waste and fraud rampant within state programs, and seeking out innovative ways to address the state’s challenges.

Walz’s tax-increase-funded wish list is the wrong approach to increasing opportunity for Minnesota families and job creators and will only make Minnesota a less competitive, less prosperous and less desirable place to live and work.