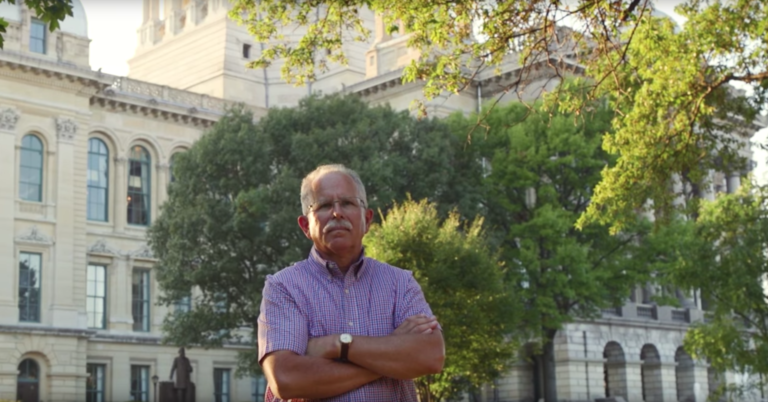 In 22 states without right-to-work laws, government workers who opt out of union membership can still be forced to fund collective bargaining through agency fees.

Agency fees are used for inherently political purposes, not only collective bargaining which impacts public policy, but also for donations to politically-motivated non-profit groups.

The Janus v. AFSCME case could change all that by declaring that collective bargaining fees should be optional – a decision that would determine the future of worker freedom for decades to come.

Americans for Prosperity Policy Director Akash Chougule elaborates on the significance of the Janus case in his op-ed on FoxNews.com:

AFSCME is one of the largest contributors to political causes and candidates in the country, but maybe not for long.

The U.S. Supreme Court is considering a potentially landmark First Amendment case brought by Mark Janus, a public employee in Illinois who argues that his rights are violated by an Illinois law that forces him to pay for AFSCME’s collective bargaining.

Janus argues that because AFSCME’s collective bargaining with the government affects public policy issues like taxes, spending, pension liabilities and more, such bargaining amounts to lobbying and political speech.

A recent Bloomberg study spotlights the American Federation of State, County and Municipal Employees, which lost more than 14,000 members in 2017 after spending nearly $19 million more on political organizing and advocating than representation in 2016.

Chougule underscores this point in his op-ed:

If the Supreme Court agrees with Janus that agency fees fund political activity and thus should be optional, more than 5 million workers could be freed from paying the fees – and it is likely a significant portion would exercise their right to do so.

Chougule concludes his piece by noting that should Janus win his case, AFSCME would no longer be able to force workers to pay for its political activities – and the organization would be forced to earn its funding the old-fashioned way:

[…] if the Supreme Court ends AFSCME’s forced-dues gravy train this year, the union will face the same challenge as nearly every other organization in America – having to earn every dollar it receives by demonstrating value creation for members.

Janus v. AFSCME is a landmark case for worker freedom. The outcome will impact the constitutionality of laws in Illinois and 21 other states that force government workers to pay union dues.

TAKE A STAND: show your support for worker freedom today!