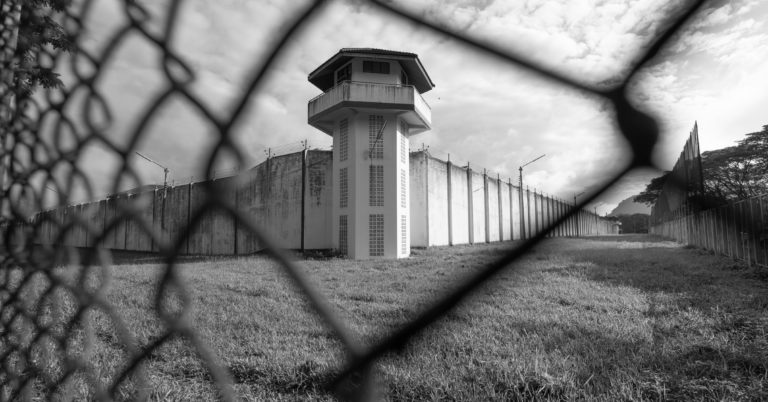 The mission of law enforcement is to serve and protect the people and the community.

Unfortunately, policymakers at all levels of government often charge police and other justice system personnel with mandates that can be at odds with their core mission of preserving public safety.

In recent decades, many states and communities have begun to use police departments to raise and collect revenue through unreasonably large fines and fees for traffic violations and local ordinance violations.

Our leaders have increasingly decided to make the easy choice instead of raising taxes or cutting spending because these fines and fees are generally unknown to citizens until they face a massive debt themselves.

Not only does that undermine law enforcement’s mission of ensuring public safety, but it can also impose unfair and nonsensical financial burdens on residents that trap them in a cycle of poverty.

To begin addressing the problem of out-of-control government fines and fees:

All too often, people who interact with law enforcement run into the problem of policing for profit.

They first encounter the police because of a legitimate offense or violation, but before long they are on the hook for hundreds or thousands of dollars of fines and fees.

Their inability to pay these large sums can result in them losing a driver’s license, damaging their credit, going to jail, or even losing a child.

Leslie was a mother with a young, special needs child, who was born prematurely.

After he was born Leslie’s family helped her financially so she could stay home from work for a few extra months. With help from her local social services agency, she was able to keep up with her rent payments but struggled to keep up with the payments on her fines and fee debt.

When she missed a payment, she called the court to rectify the situation and was told she could be incarcerated if she did not keep up with her payments.

Facing that reality, she chose to hire a babysitter and return to work so she could begin making payments again.

One day she was arrested on her way to her job. She was held there for six days before bail was set at $1,500 — more than she earned in a month – and she was able to return home to her son.

(Nevada is currently in the small minority of states that imposes criminal penalties for traffic violations, but legislators are debating reform of the system).

Rachel was a grandmother who lived in Amarillo, Texas. She had only an eighth-grade education and worked cleaning houses and hotel rooms.

In 2015, she had been ticketed for speeding, driving without a license, and driving without proper insurance. She knew that she would be unable to pay the fines and fees the officer told her about, so she did not attend her count hearing out of fear she would be incarcerated.

She was later arrested for failure to appear in court and jailed for two days, after which she pled guilty to the charges. The court imposed $1,727 in fines and fees

Even though the court could have imposed any payment plan given her homelessness and only $40 a month income, it required her to pay an initial $225, followed by biweekly payments of $232.

Unable to afford the payments, she asked the judge for a modified plan. That request was denied, and she was jailed for 18 days.

A year later her total bill grew to $10,000 based on penalties and surcharges that were imposed before she could have her license reinstated. She lost her apartment and truck, and her family stopped seeing her because of her incarceration.

An orphan, Marilyn started working by age 15 to support herself financially. She began driving herself to hairstyling appointments before she had a license. She received her first ticket for unlicensed driving, and therefore could not obtain her license once she reached age 16.

Faced with the necessity of needing income to provide for herself and her children she continued to drive to meet her clients and received additional traffic tickets. By the time she was 27, she had paid between $5,000 and $6,000 on tickets, court costs, and lawyers.

She had been jailed numerous times in her hometown and adjacent areas for failure to pay and related offenses, the longest time being for almost three weeks.

Matt was released from prison in 2010. He was looking forward to getting a job and turning his life around. He wasn’t aware that he would have 45 days to pay $3,000 in court fees or face suspension of his driver’s license.

Despite working full-time for 10 years, he was still unable to pay off his debt and have his license reinstated.  His wife and young children drop him off at work each night at 10 p.m. and pick him up again at 5:30 a.m.

He walks, takes a bus, or gets rides from friends to court-mandated drug tests and addiction-recovery meetings.

He has passed more than 400 drug tests and has consistently worked full-time at a warehouse, but still can’t afford to get his license back, which would allow him to do more for his family and ease the burden on his wife.

There are many more Matt’s across the state who are working full-time and trying to pay off their debts but simply cannot get ahead without a driver’s license.

Leanne willingly admitted to prosecutors that she stole nail polish from her local Walmart and accept her sentence of 30 days in a local jail.

After serving the sentence, she received a bill of $1,400 for the cost of her jail stay – a fee she was not aware of at sentencing. She could not afford to pay and was jailed again.

This additional incarceration did nothing to help her pay off the debts and only added to the fees she was unable to pay.

The Missouri Court of Appeals ultimately overturned the trial judge’s imposition of the fees because state law did not authorize judges to impose the cost of someone’s jail stay as a court-imposed and enforced fee.

In 2014, Tomia was evicted from her residence and subsequently accused of neglecting her teenage son because of this eviction, who is on the autism spectrum.

She was assigned a public defender to address these charges, and after two years of work to resolve what she calls a misunderstanding, she regained custody of her boy.

The court imposed a $4,000 fee for the services of the public defender. She was unaware of this debt until she went to renew her driver’s license and was denied.

Now living on a limited income given her own serious health problems, she said that it would be nearly impossible to pay off and have her license reinstated.

Building a criminal justice system that focuses on public safety

When people commit crimes or violate the law, appropriate penalties should be imposed and enforced. But interactions with the criminal justice system should not serve as a pretext to compel people to pay thousands of dollars in fees unrelated to the original offense.

That is not only unjust; it can create hardships for people trying to build better lives and can make society less safe overall. It also diverts limited justice system resources that could be better spent responding to actual criminal conduct.

Learn more about the effort by Americans for Prosperity to promote smart policing.