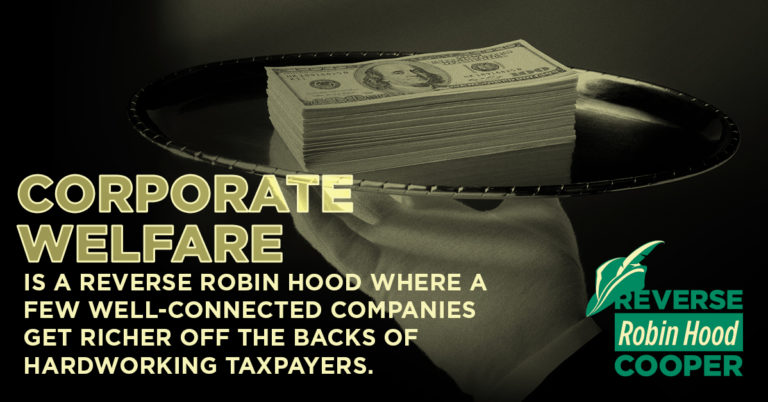 Raleigh’s bid to bring Amazon’s HQ2 to town may be getting all the media coverage. But this isn’t the first time Gov. Roy Cooper has tried to take taxpayer dollars from hardworking North Carolinians and give them to big out-of-state companies.

Last year, Gov. Cooper and his administration pulled out all the stops trying to bring a Toyota-Mazda manufacturing plant to the state. The plant wound up going to Alabama, but not before Gov. Cooper offered the companies $1.6 billion in incentives.

Now we’re learning the details of the offer. Recently released emails show exactly what Gov. Cooper was willing to use taxpayer dollars to pay for.

In all, the handout would have cost taxpayers around $375,000 per job created. As far as deals go, that’s a bad one.

This isn’t the first time Gov. Cooper has tried to give away the store to big companies, and it won’t be the last. Since he took office, Gov. Cooper has given away more than $167 million of our tax dollars to big business.

It’s time for North Carolinians to tell him enough is enough. Tell him to stop playing reverse Robin Hood and taking our tax dollars to give to wealthy special interests.