Americans for Prosperity needs your help. Your voice is critical to ensuring that we stop the Senate from eliminating the filibuster, which would increase partisanship and division, stifle debate, and usher in the potential for dramatic changes to institutions, such as packing the Supreme Court.

Can we count on your help? Keep scrolling to get the tools you need to post on social media.

If you haven’t already emailed or called your senators, use these tools to take that action now, and then come back to check out the other tools we have for posting on your social media!

What Should You Include When Posting?

When posting on social media about this effort, here are the things to do:

Use these key talking points when making your captions for social media:

– Ending the filibuster will lead to partisanship on steroids. It will make it easier for politicians in power to ram one-sided legislation through Congress that would otherwise fail – silencing minority voices and restricting debate

– Eliminating the filibuster would only increase the already staggering levels of partisanship and division. It could also create a revolving door of one extreme partisan policy routinely being replaced by another when power changes hands.

– Policy benefits from robust debate. Eliminating the filibuster deprives Americans of critical debate and the free flow of ideas that are crucial to crafting good, trusted, and durable policy.

– Eliminating the filibuster opens the possibility of sweeping structural changes that could fundamentally alter the nature of government, such as packing the Supreme Court.

Use the instructions below to save these images to your phone or computer, so you can use them when posting on social media!

– On Desktop: Right-click the image to save to your computer.
– On Mobile Phone: Click and hold the image and then add to your photo library. 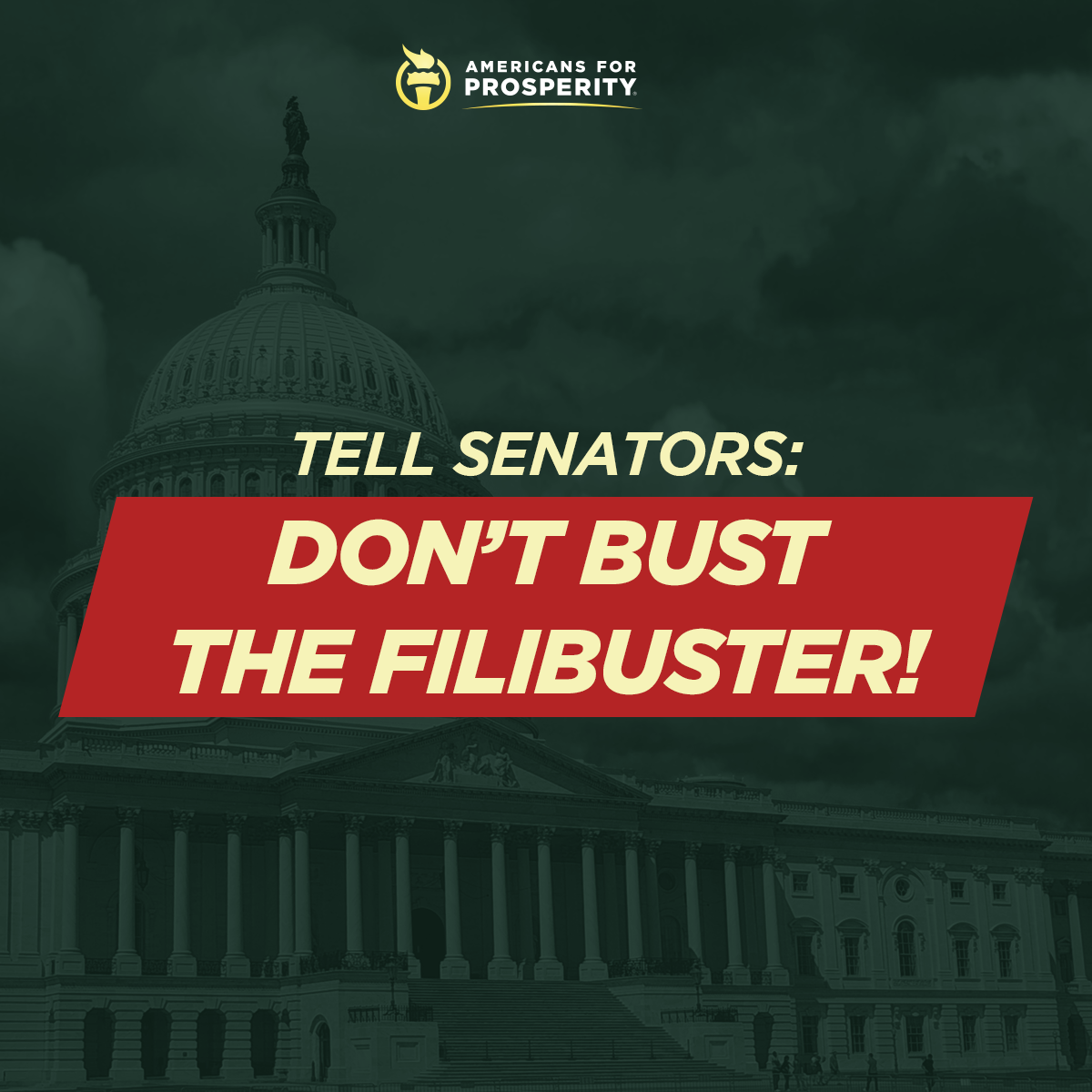 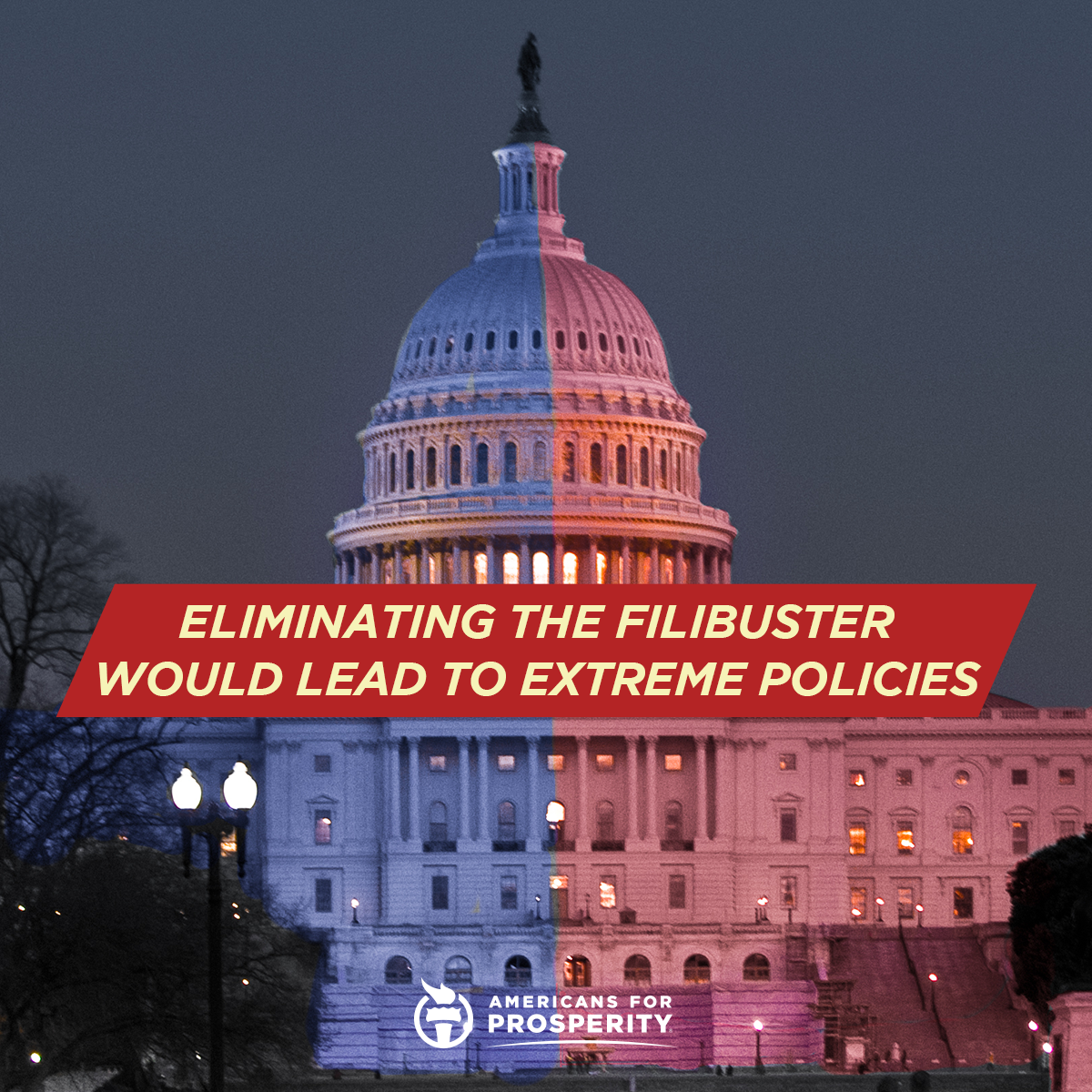 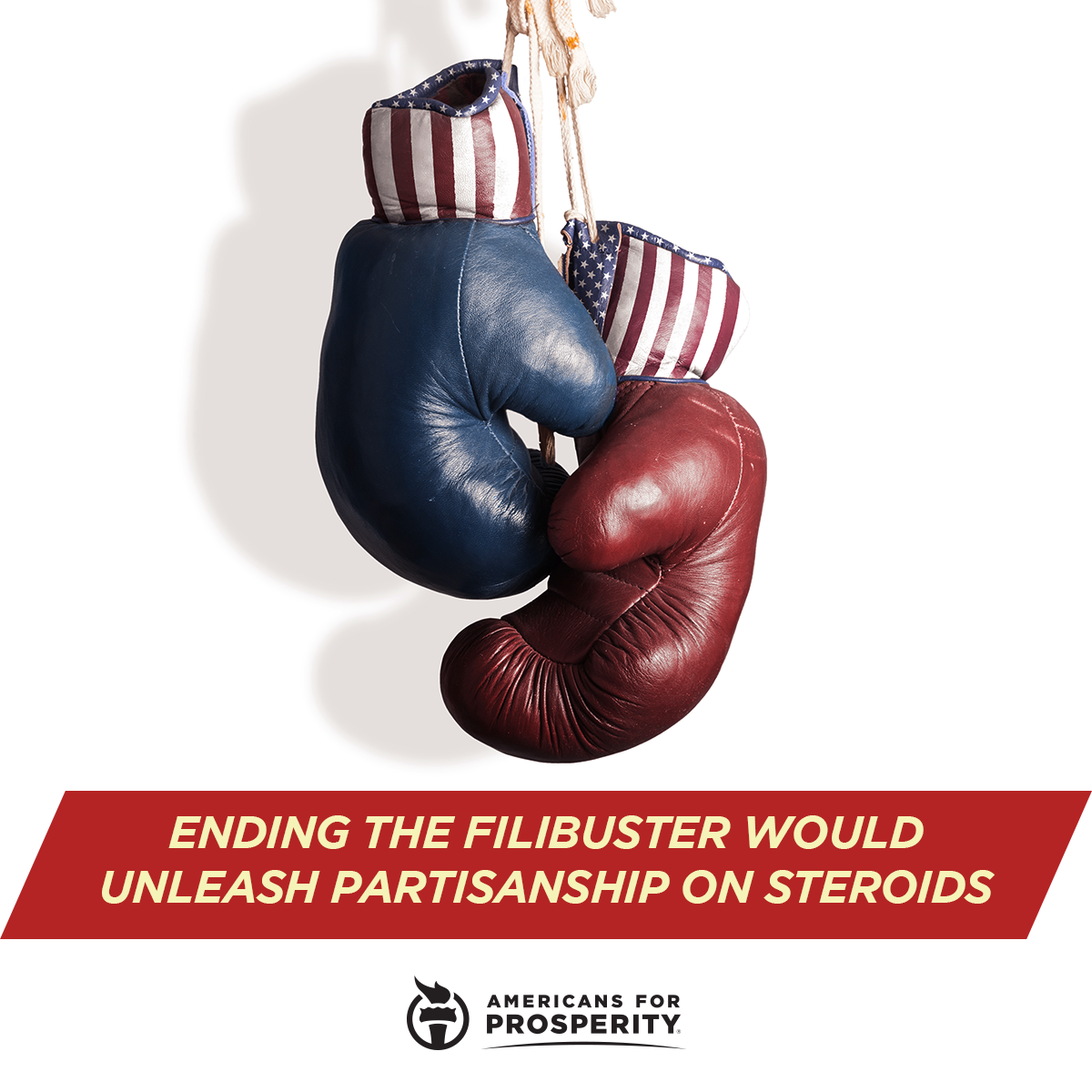 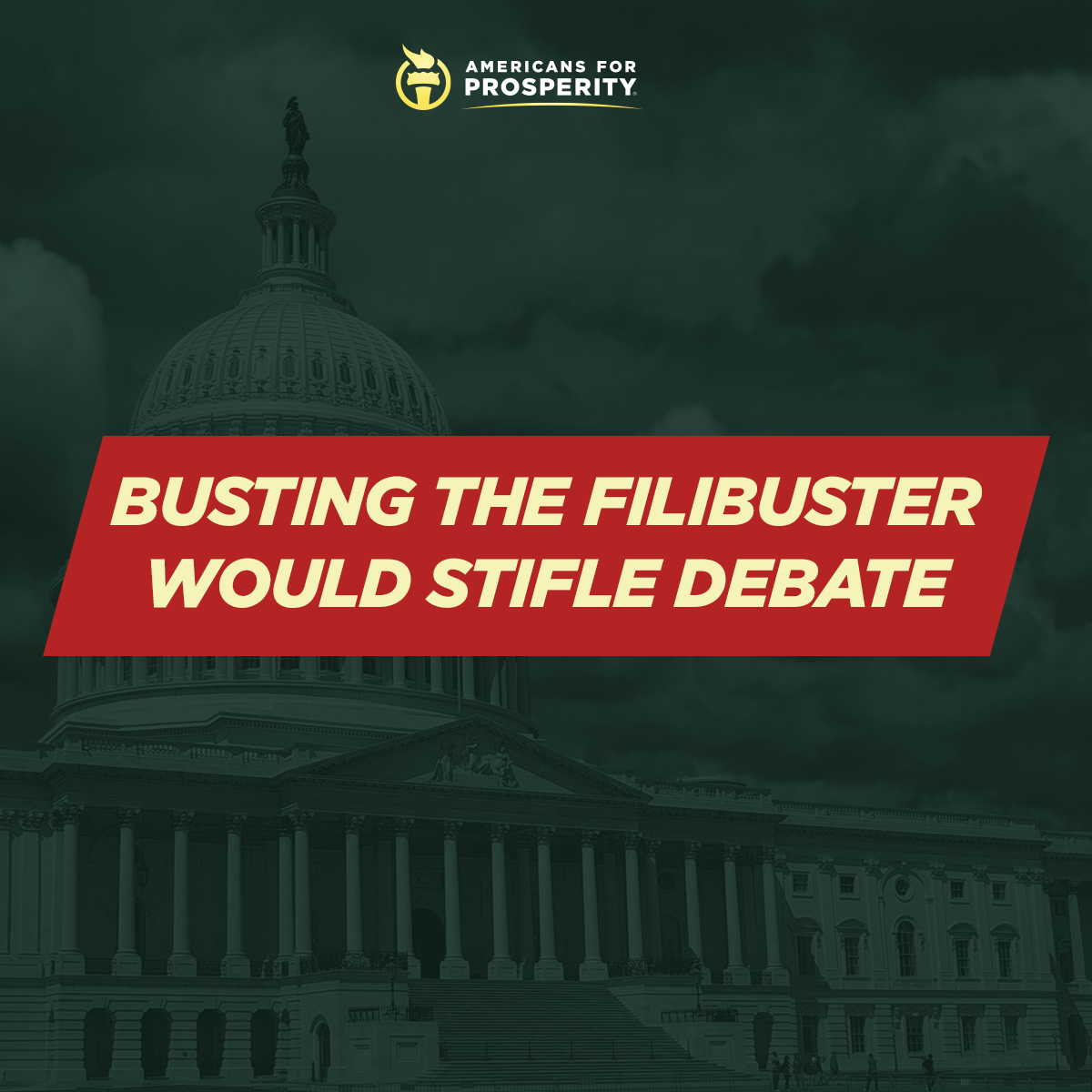 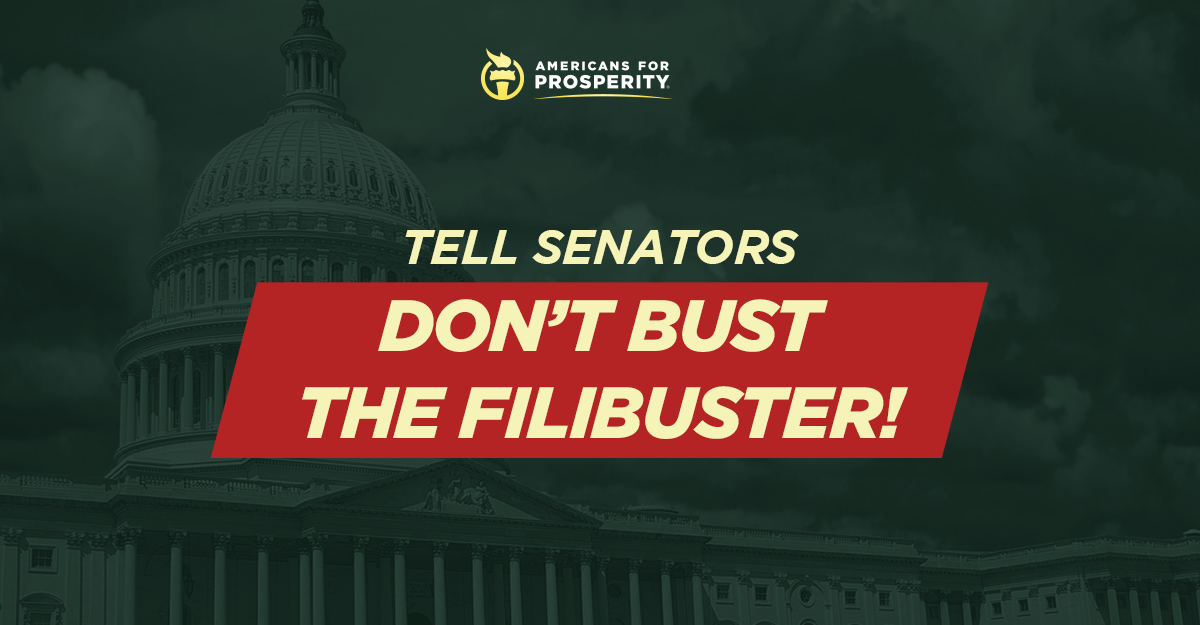 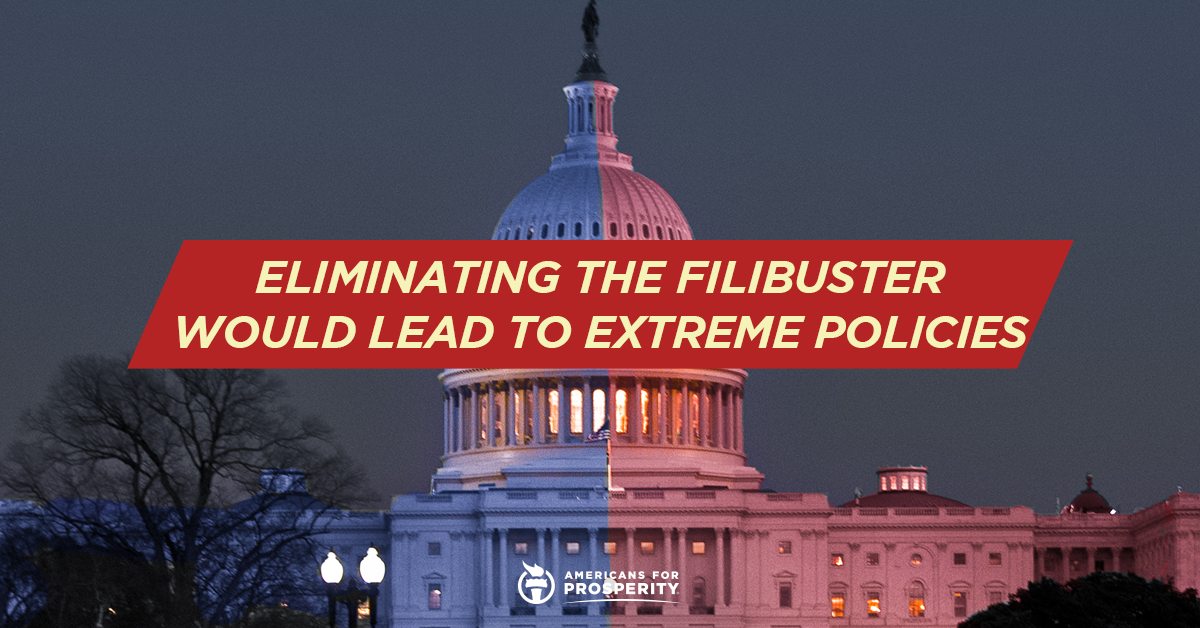 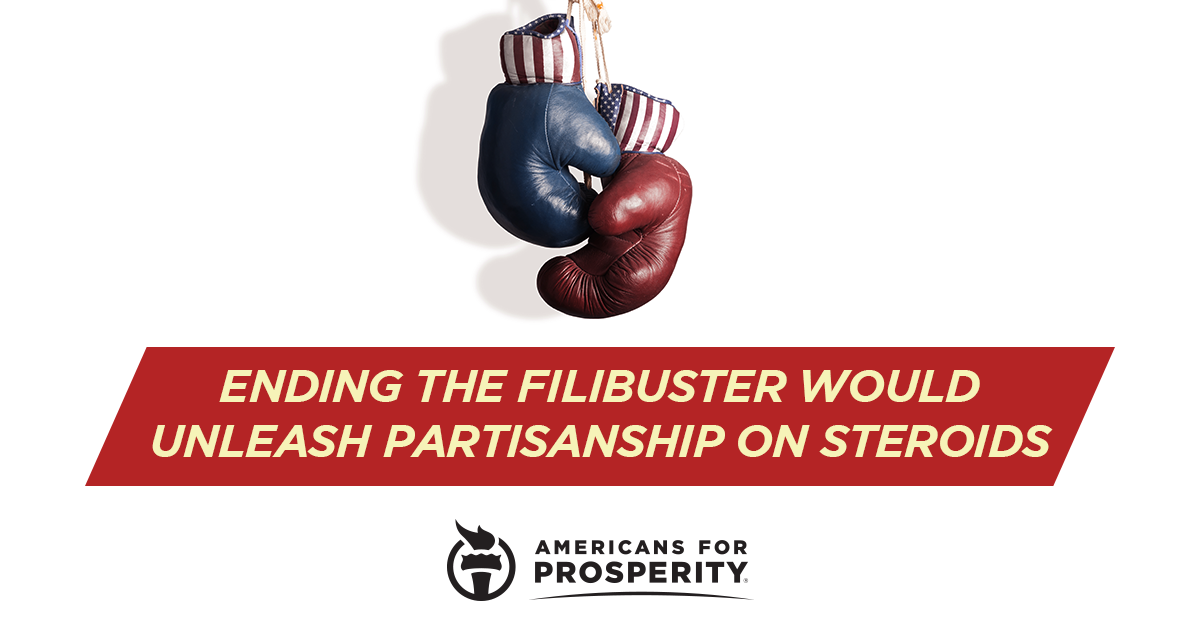 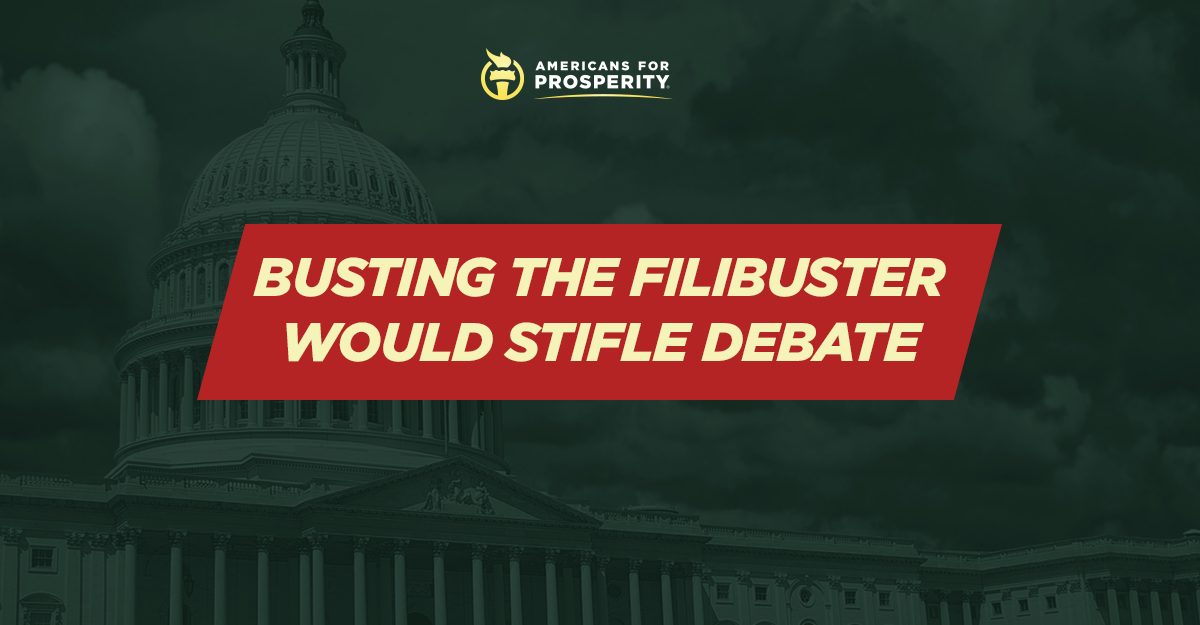