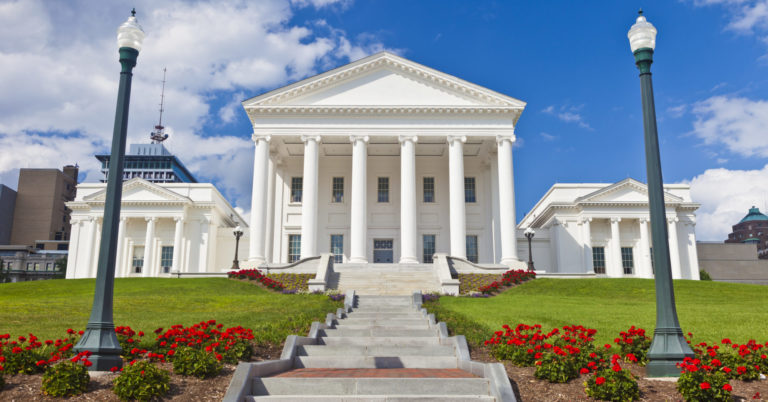 Everything you should know about Virginia state elections

The Americans for Prosperity – Virginia team works day in and day out to help ensure a bright future for the commonwealth. That’s why election season is an important time of year.

We’re eager to support state lawmakers and candidates who have shown commitment to breaking down barriers to help people improve their lives. This election cycle, our policy team has identified 12 candidates who fit that bill.

Meet those candidates — and find information about voting — below:

Del. Nick Freitas has served the 30th House district since 2016. He is now running for re-election as a write-in candidate. Because of his proven track record of supporting legislation that increases access to health care to those who need it most, AFP-VA proudly endorses Del. Freitas’ candidacy.

Sen. Steve Newman has been representing Virginians for nearly three decades, first in the House of Delegates in 1991, then in the Senate in 1996. He represents the 23rd Senate district, which covers Roanoke, Botetourt, Craig and Campbell counties, as well as portions of Bedford County and Bedford City. Because of his strong track record of tackling the commonwealth’s toughest issues, AFP-VA is proud to endorse Sen. Newman for re-election.

Virginia’s 19th district elected Sen. Dave Suetterlein in 2015. His work on the Education and Health Committee has helped break barriers for Virginians across the commonwealth. AFP-VA proudly endorses Sen. Suetterlein for re-election.

Since her election in 2010, Del. Roxann Robinson has been serving the best interests of the 27th district, which includes Chesterfield County in the greater Richmond area. With decades of experience as an optometrist, Del. Robinson has supported innovative health care solutions, most notably expanding nurse practitioners’ scope of practice. AFP-VA proudly endorses her for re-election.

Sen. Siobhan Dunnavant has been serving the 12th Senate District, which includes western Henrico and western Hanover counties, since 2016. Most notably, she helped get the landmark telemedicine bill signed into law. Sen. Dunnavant is the only doctor in the Senate, and AFP-VA is proud to endorse her bid for re-election so she can continue to break down barriers to health care innovation.

Sen. Glen Sturtevant has served Virginia’s 10th Senate District, which covers Chesterfield and Powhatan counties and the city of Richmond, since 2016. One of his priorities is making health care more affordable. AFP-VA proudly endorses Sen. Sturtevant for re-election so he can continue to support innovative health care solutions.

Geary Higgins has served as Catoctin District Supervisor on the Loudoun County Board of Supervisors since 2011. Now, AFP-VA proudly endorses his candidacy for Virginia’s 13th Senate District (including portions of Ashburn, western Loudoun County and parts of Prince William County). He has shown a commitment to easing the tax burden and supporting innovative health care solutions.

Del. Randy Minchew was elected to serve the 10th House District — which covers Loudoun, Frederick and Clarke counties — in 2010. During his time in office, Del. Minchew supported legislation that expands access to health care, lowers taxes and reins in wasteful government spending. AFP-VA proudly endorses his candidacy for his previously held seat.

Del. Mike Webert has been serving Virginia’s 18th House District — which covers portions Fauquier, Warren, Culpeper and all of Rappahannock counties — since 2011. During his time in office, he has worked hard to cut government red tape. AFP-VA is proud to support his bid for re-election.

With a track record of supporting smart-on-crime, soft-on-taxpayer criminal justice policies, Paul Milde is running to represent the Fredericksburg-based 28th House District. His 12 years of experience on the Stafford County Board of Supervisors positions him well to represent his district’s best interests. AFP-VA is proud to endorse Milde for the House of Delegates.

How you can help ensure a bright future

For these candidates to serve their constituents, they’ll need your vote. Mark your calendar with all the important dates, to make sure you get to the polls on time:

Visit the Virginia Department of Elections website for more information.

Paid for by Americans for Prosperity. Not authorized by any candidate or candidate’s agent or committee.