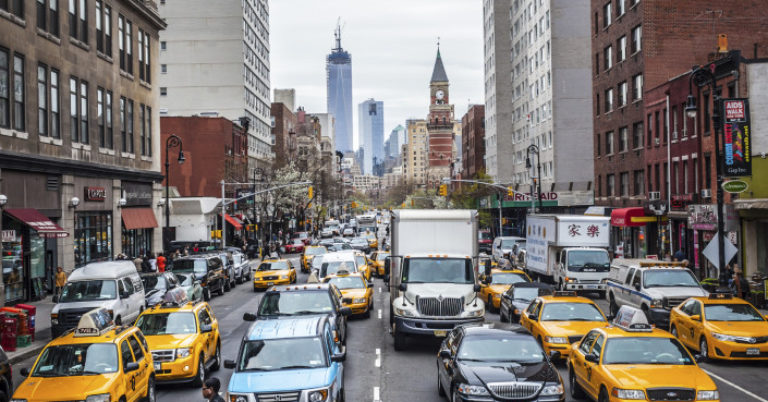 The announcement Monday from the Environmental Protection Agency (EPA) to reevaluate future fuel economy standards is a victory for all Americans, especially for the millions of consumers being priced out of the automotive market by government-imposed costs.

One of the last actions of President Obama’s EPA was to rush a Final Determination on fuel economy standards, with the aim of cementing this policy for years to come.

Fortunately, the Trump administration announced early on that it would reestablish the Midterm Evaluation process.  The decision this week from EPA Administrator Pruitt and Transportation Secretary Elaine Chao marks a victory for auto workers, consumers, and the least fortunate Americans.

The Corporate Average Fuel Efficiency Standard (CAFE) requires car makers to increase the average fuel economy of cars and light trucks produced for sale in the United States. This requirement significantly increases the cost of production for car manufactures, and in turn, increases costs for consumers.

A recent Heritage Foundation study found that the standards for 2016 model year cars hurt consumers by at least $3,800 per car, with this figure reaching $7,200 per vehicle for the 2025 car buyers.  Furthermore, the analysts estimated that between 3.1 million to 14.9 million households would not have enough credit to purchase a new car under the current 2025 CAFE standards.

Fuel efficiency mandates are a type of highly regressive regulation. This is because by raising the cost of automobiles in the United States, they disproportionately hurt the least fortunate. These increased costs effectively preclude millions of Americas from owning a car, only to promote through inefficient regulations an agenda that voters have repeatedly rejected at the polls in the past decades.

Perhaps, the reason why fuel standards regulations are so costly, inefficient, and ineffective is that they were never intended to be an effective environmental policy. Their original purpose was rooted in national security considerations as a way to reduce U.S. dependency on foreign oil in the 1970’s after the the Arab oil embargo.

But it is not only consumers that loose when heavy-handed government intervention is allowed to distort the market. Former Ford CEO Mark Fields estimated that one million U.S jobs could be on the line if CAFE Standards didn’t align with market reality. This is hardly surprising. Government bureaucrats lack the necessary knowledge to aggregate millions and millions of individual choices.

At the more fundamental level, it is important to recognize that fuel standards will do little to change consumers’ behavior. Data tells us that consumers prefer SUVs, pickup trucks and less fuel efficient vehicles. Period.  The price of fuel is a key incentive that drives consumer behavior in the auto market and a government mandate could hardly alter this fact.

As Peter Van Doren from the Cato Institute points outs:

“Academic researchers have shown that consumers correctly consider fuel costs when making vehicle-buying decisions. CAFE standards cannot be justified as correcting some sort of consumer failure to appreciate fuel savings. The idea that CAFE reduces carbon emissions is slightly more reasonable, but it is a very indirect, inefficient and regressive method. Thus it’s hard to disagree with the Trump administration that the CAFE standards are bad regulation.”

Administrator Pruitt’s decision is a step in the right direction. It recognizes that consumer choice is the definitive arbiter of the marketplace.