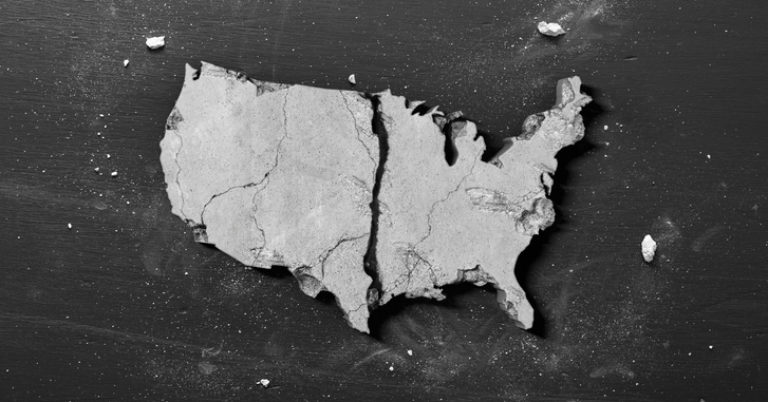 Frustration with gridlock in Washington is nothing new. Whether voiced by presidents, congressmen, or constituents, it’s a complaint nearly as old as our constitutional republic itself.

To grease the deliberative gears of governance, pundits and politicians alike often float the misguided idea of ending the legislative filibuster.

The filibuster is an ability of individual senators to continue debate before a vote, guided by certain Senate rules and subject to override by a 60-vote majority.

Eliminating it would make it easier for whatever party is in power to advance legislation without seeking input from other parties, regardless of whether such proposals advance opportunity or remove barriers preventing people from achieving their potential.

This is why sustained, widespread calls to end this practice are so concerning.

If you think the way Washington operates is bad now, abolishing the filibuster would only make it worse, for the following reasons:

For these reasons, we need to urge our lawmakers not to end the filibuster. 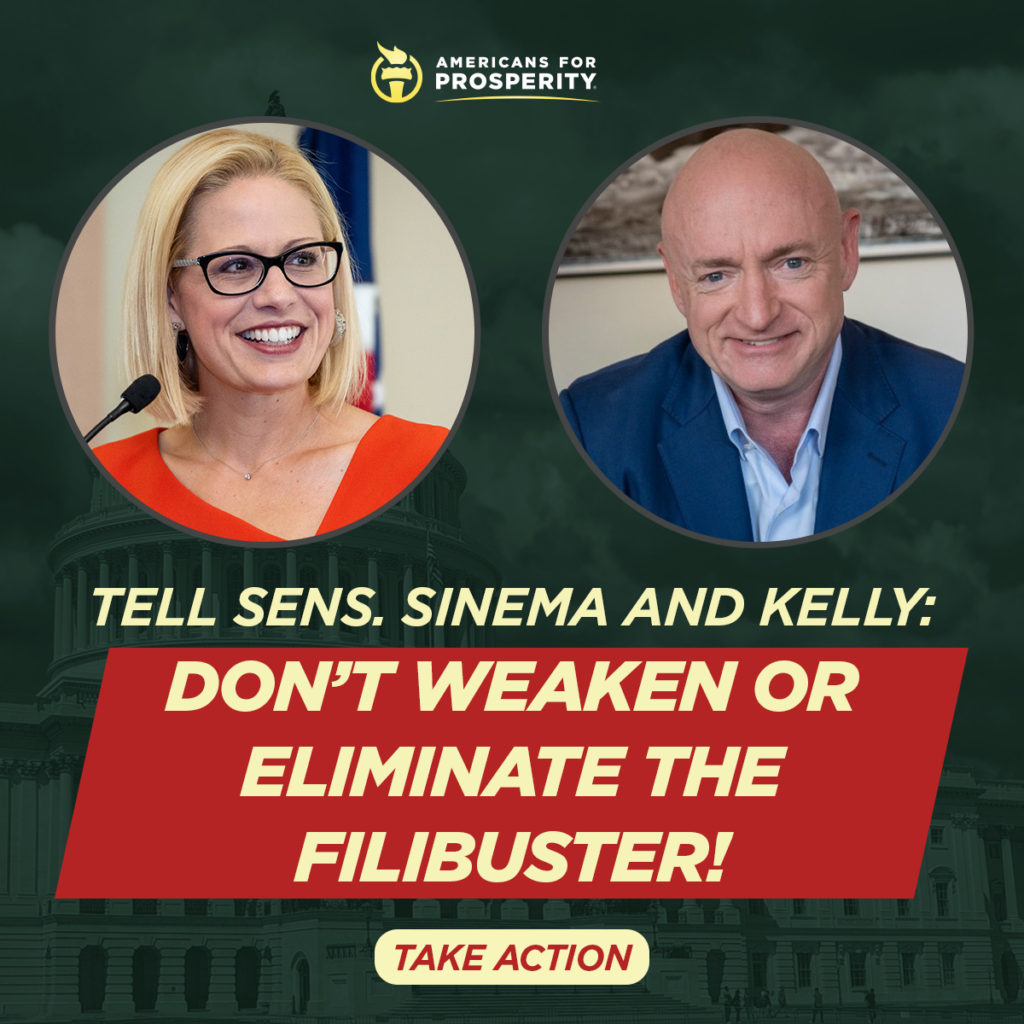 Without the filibuster, what incentive does the majority party have to reach across the aisle and engage in dialogue with the minority?

If the Senate eliminates the filibuster, the majority will no longer need minority buy-in to pass legislation. More votes along party lines will occur, and partisan control will be the only thing that matters.

In other words, partisanship on steroids — an outcome where lawmakers are less likely to work together to address America’s biggest challenges. 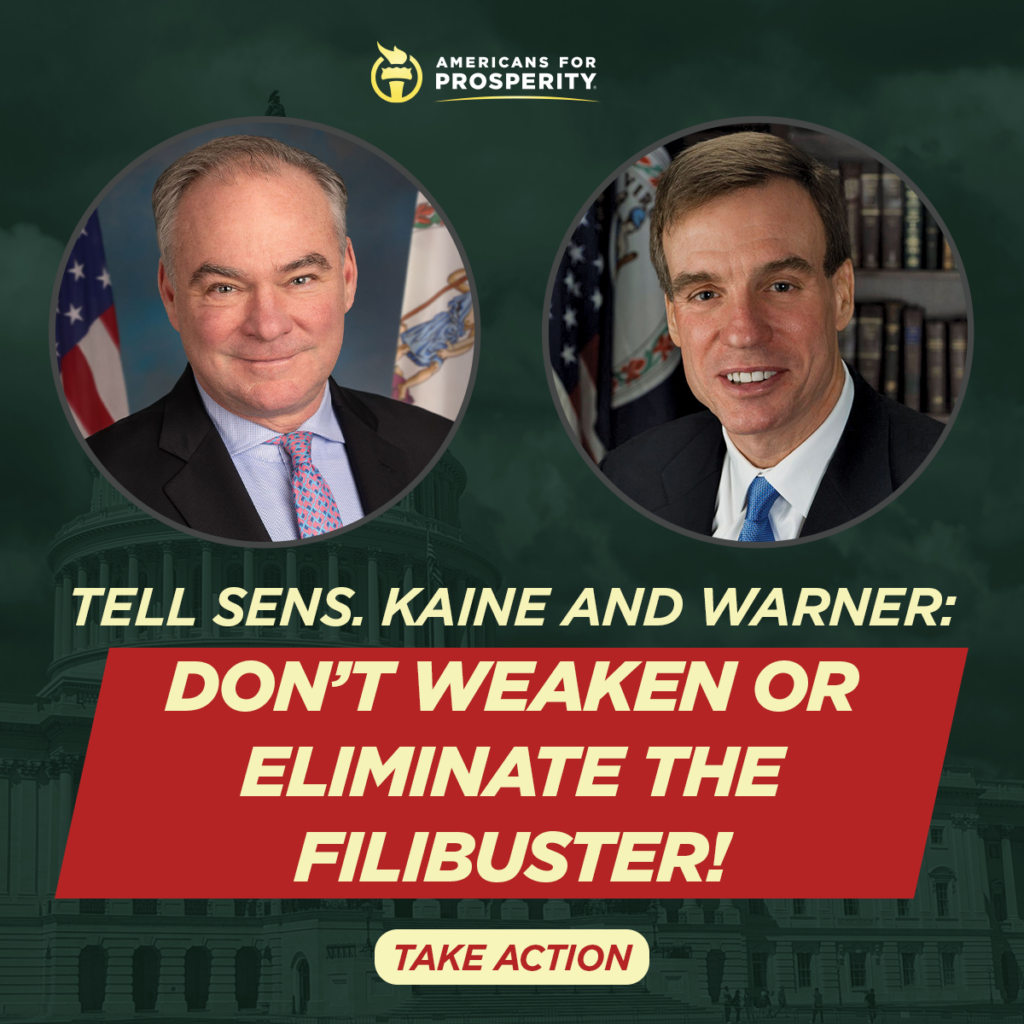 Think about how often power changes hands in Washington. Every new administration overturns the executive orders of the previous one; every ascendant congressional party seeks to repeal laws passed by the party on its way down.

Ending the filibuster would set in motion a revolving door of one partisan policy being replaced by another every time the Senate flips.

This places policy at the mercy of the political cycle to a greater degree than it is now. Legislative accomplishments would become more fragile, leaving an uncertain legal environment that would be bad for all. 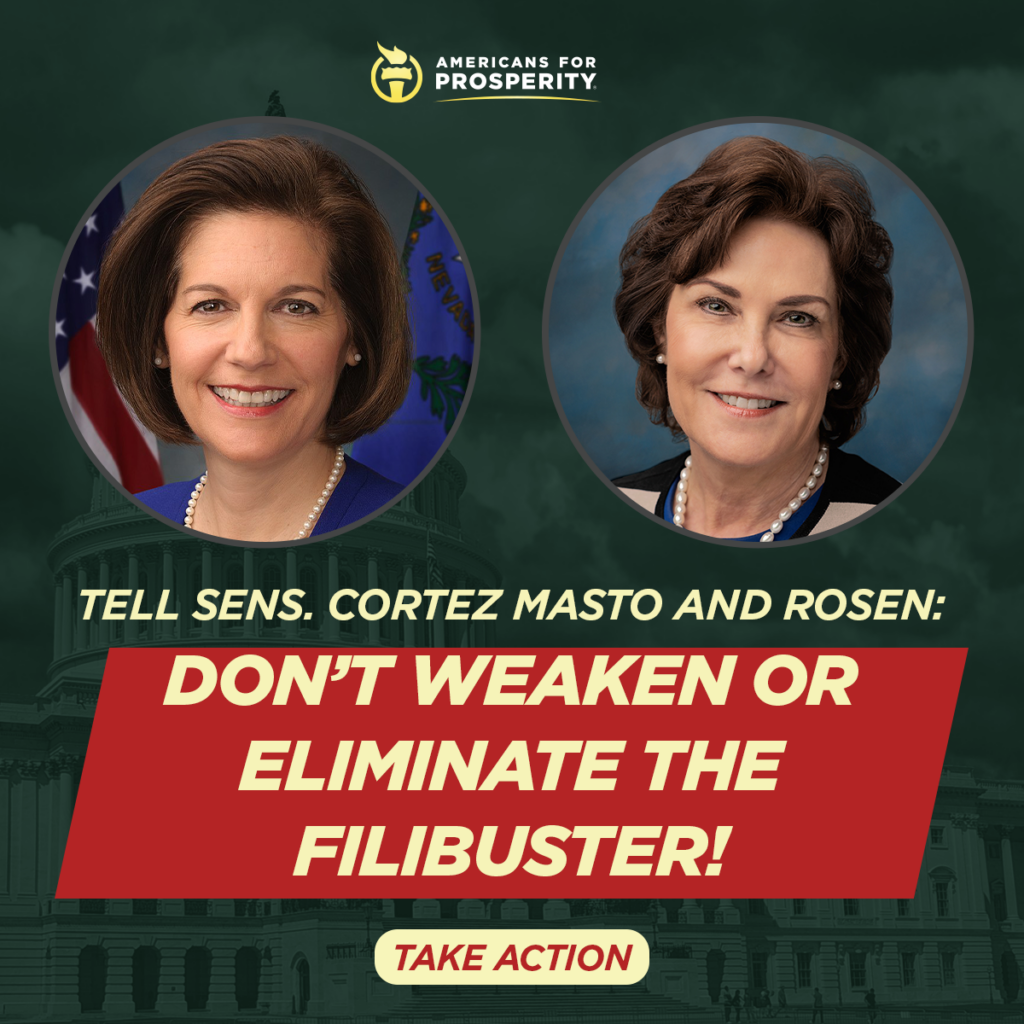 Policy benefits from robust debate. Eliminating the legislative filibuster would short circuit the back-and-forth process that can sharpen and improve any bill as it makes its way through the Senate.

Lawmakers need time to weigh the strengths and weaknesses of any given piece of legislation. Without the filibuster, the party in power can restrict debate at will and limit the free flow of ideas. We don’t need to give politicians yet another way to maneuver around the normal processes of creating policy in order to achieve desired ends.

Ending the filibuster would be easier to enact harmful, sweeping changes to America’s institutions

The filibuster and other rules serve as roadblocks to sweeping structural changes that could fundamentally alter the nature of our government, such as packing the Supreme Court. These changes are more likely to take place absent these barriers.

Without them, it would be easier to weaken or dissolve other Senate rules, too, such as those requiring reports be available for a certain amount of time before a floor vote can be taken.

Ending the filibuster would result in more partisanship, not less. Let’s not give lawmakers another incentive to erode the rules that make progress possible.