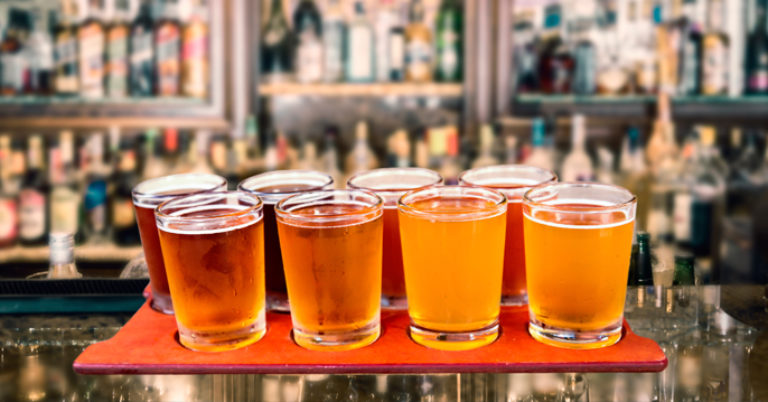 April is North Carolina Beer Month, and our state has no shortage of reasons to celebrate. Whether you prefer a beverage brewed in Asheville, Charlotte, Clayton or elsewhere, there’s something most every beer aficionado can enjoy.

What makes the Tar Heel State a great place for beer and those who drink it is the variety we offer. It’s important that breweries of all sizes can set up shop and that their products are readily available for consumers.

Healthy competition is an important aspect of a free market. North Carolina’s brewing industry thrives because of this.

So, when a few large breweries are getting favors from the government, suddenly there is less to celebrate during North Carolina beer month.

Flashback to August 2014, when we were getting ready for Sierra Nevada Brewing Co. to open its brewery to the public the following month. Located in Mills River, the new facility would soon host a taproom and restaurant, too.

Does anyone remember that our state and local governments paid some $5 million in incentives for Sierra Nevada to become a Tar Heel resident?

When New Belgium was getting ready to open its doors in Asheville in 2016 (after multiple delays), no one was talking about how much it cost taxpayers to bring it to the state. In that case, our state and local governments handed over some $13 million in tax breaks and grants.

Cronyism like this, when government gives favors to specific companies, impedes the free market and makes doing business more difficult for entrepreneurs.

A problem covered up

To claim simply that it’s a bad thing when big companies open facilities in North Carolina would be a fallacy. Sierra Nevada and New Belgium have since become draws for tourists and locals.

The problem is underneath all that.

When government gives incentives, like tax breaks, it is picking a winner. Corporations that receive those incentives are given a special advantage. And taxpayers are left footing the bill.

It’s time the government gives our beloved brewers a level playing field on which to do business. No special advantages for anyone.

Sierra Nevada and New Belgium should have chosen North Carolina because it offers superior resources and a superior workforce to anywhere else in the country. If we’re confident our state is the best fit for a company, why do we need to offer taxpayer money?

Unfortunately for taxpayers and entrepreneurs, this state of affairs tends to be kept mostly under wraps by both the government and the recipients of corporate welfare.

We must get back to a freer market, for the sake of both Beer Month and the state’s economic climate in general. But that task is made tougher with Gov. Roy Cooper at the helm.

Since taking office in January 2017, Cooper and his administration have committed taxpayers to more than $195 million in sweetheart incentive deals to pad the pockets of special interests.

Let’s stand together and tell lawmakers that their corporate welfare projects in North Carolina must end. Send a message, today.