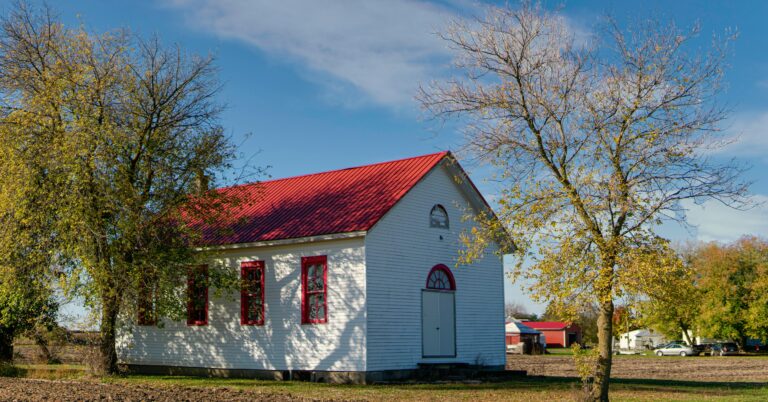 It would if the child lives in an area of Maine with no public school. Then the child’s options for publicly-funded schooling would turn on fine distinctions between just how religious a school is—as determined by the State—putting the educational needs of Maine’s children behind the subjective evaluation of Maine’s bureaucrats.

This small but significant difference in terminology has been used by Maine to justify excluding some religious schools from participating in the state’s tuition assistance program.

Can government benefits be withheld on the basis of religious status?

In other words, it is satisfactory under the program to be religious, but not to act religious.

Petitioners are parents of school-aged children in Maine who challenged the sectarian exclusion on the basis of Trinity Lutheran and Espinoza. These cases stand for the proposition that neutral government benefits cannot be withheld on the basis of religious status.

This argument turns on the educational viewpoint of the school, not the quality or scope of education provided, which have separately been deemed to satisfy Maine’s accreditation and compulsory education requirements for all the schools in question.

The use/status dichotomy left undecided in Trinity Lutheran remains the primary legal impediment to funding students rather than systems.

How might the Supreme Court decide in Carson v. Makin?

If the Court decides in favor of the children and holds, as Justice Neil Gorsuch suggested in his concurrence to Trinity Lutheran, that there is no constitutionally significant difference between use and status, this case could be the most important educational freedom case since Zelman v. Simmons-Harris, 536 U.S. 639 (2002). In that case,  the Court held that aid to individuals, who can choose to use that aid to attend religious or nonreligious schools, does not violate the Establishment Clause.

The Americans for Prosperity Foundation/yes. every kid. amicus brief showed how, if the Court were to consistently apply strict scrutiny to freedom of religion cases, Maine’s express discrimination against religious education violates the Free Exercise clause. The violation flows from Maine’s exclusion of certain children from a neutral public benefit program, which, as the Court recently affirmed in Fulton v. Philadelphia, is inconsistent with the First Amendment.

As the brief stated:

“This case highlights the lack of consistent standards among free exercise cases and the persistent divergence between the strict scrutiny applied as a matter of course to free speech and the lesser, and messier, standards applied to free exercise. In education, both labels turn on viewpoint, which is beyond the ken of government. Where, as here, the education satisfies the obligation imposed by the state, that is where the state’s inquiry should stop.”

Our full amicus brief can be viewed here.