Grassroots engaged, will continue to promote benefits of tax reform across state

INDIANAPOLIS, Ind. – Americans for Prosperity-Indiana (AFP-IN) persists in urging lawmakers to protect the benefits of tax reform ahead of President Trump and Vice President Pence’s visit to Elkhart on Thursday. The policy group will continue its extensive, state-wide ground efforts to talk to Hoosiers about the benefits of the new tax law.

The group, which continues to expand and plans to open a fourth Indiana office in the coming weeks, has already been hard at work hosting events with lawmakers, phone banking, door knocking, and engaging in other grassroots activities to publicize the economic benefits of tax reform that are helping all Hoosiers. 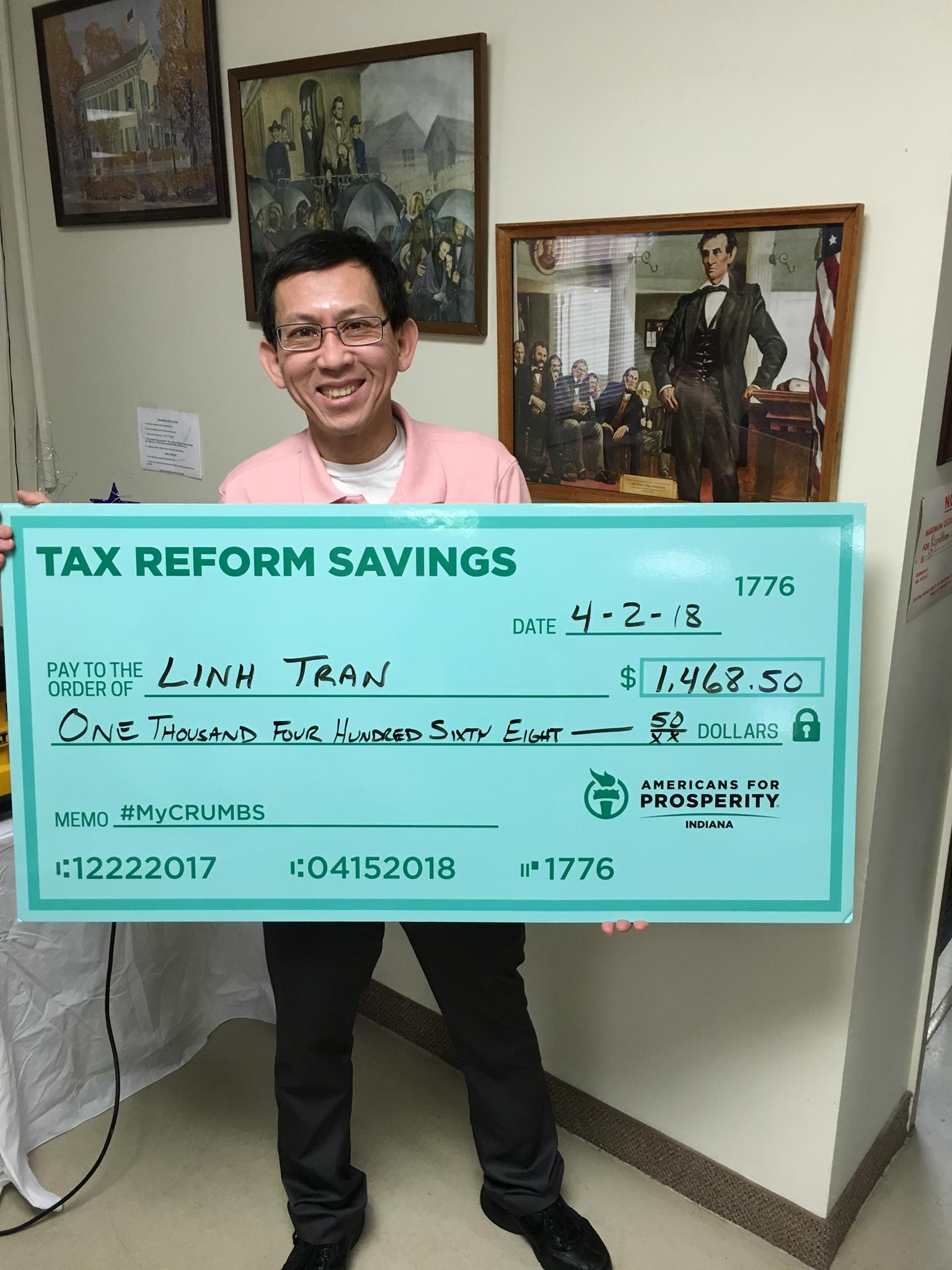 “President Trump, welcome to Indiana and in the case of Vice President Pence, welcome home. This visit underscores the significant role Hoosiers play in the broader effort to promote the benefits of tax reform.

“In the coming months our activists will talk to folks in their communities throughout the state to fully elaborate all the good things we’re seeing as a result of tax reform.

“We also remain committed to holding Joe Donnelly accountable for voting to deny his constituents bigger paychecks and urging him to make these tax cuts permanent.”

Koch-Backed Groups Are Selling Trump’s Tax Cuts Door-to-Door Ahead of the Midterms (Bloomberg, 5/2/18)