Harrisburg, Pa. – Americans for Prosperity (AFP) today announced the start of a major campaign that will hold accountable Reps Lou Barletta and Matt Cartwright for their records on wasteful spending. 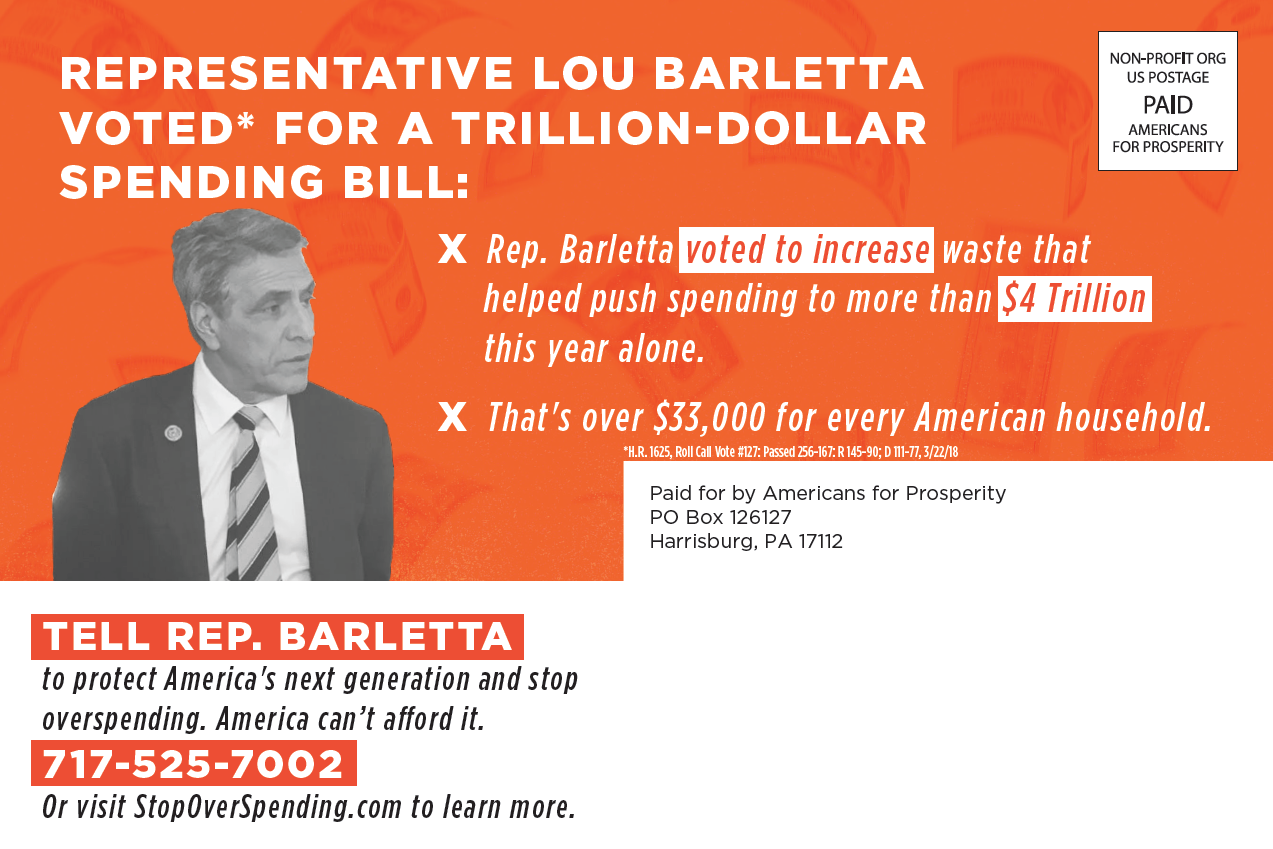 “Washington’s poor stewardship of taxpayers’ money hurts every Pennsylvanian and folks in both parties are to blame. Lawmakers’ willingness to burden future generations with wasteful spending and unsustainable debt demonstrates a lack of respect for the taxpayers who pay the government’s bills,” said Beth Anne Mumford, AFP-PA State Director. “The new tax law was a huge step in the right direction, but runaway spending threatens to blunt the new law’s benefits. We thank Reps. Perry, Rothfus, Kelly, Boyle, and Smucker for voting against the omnibus. Moving forward, we call on Rep. Barletta, Rep. Cartwright, and the rest of Pennsylvania’s delegation to work toward restoring fiscal sanity in Washington – we can’t afford anything less.”

In his own words: