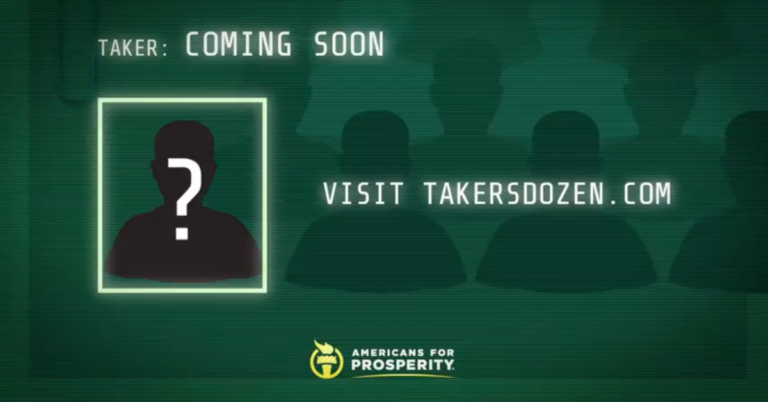 BATON ROUGE, La. – As special session gavels in, Americans for Prosperity-Louisiana has announced the first member of the Taker’s Dozen: Rep. Mark Abraham. The Taker’s Dozen is a group of legislators that AFP-LA has identified who take from the taxpayers to help feed lawmakers’ urge to increase the size of government. The group unveiled a teaser video over the weekend, laying the groundwork for an accountability campaign that focuses on legislators’ votes on tax increases this past year. The group plans to release the remaining members throughout the special session and into the summer, highlighting the bad votes that only sought to take from taxpayers instead of providing relief.

“These legislators need to be held accountable for what they do – take from taxpayers to fund a growing state government while failing to make cuts and offer real transparency” said AFP-LA State Director John Kay. “We continue to hear the double-talk from politicians who promise tax relief, yet boast a voting history that shows they’re looking for every opportunity to increase taxes on Louisianans. To this end I’m happy to unveil the Taker’s Dozen, led by Rep. Mark Abraham whose done his constituents no favor voting for increases to the sales tax, income tax, and hunting and fishing licensing fees.”

The group plans to name a member of the Ways and Means committee as the second member of the Dozen immediately following the first tax to advance through that committee. “We are watching the special session very closely and any vote that will harm our economy and cost our state jobs will be met with ‘immediate accountability’ efforts in their districts” Kay concluded.