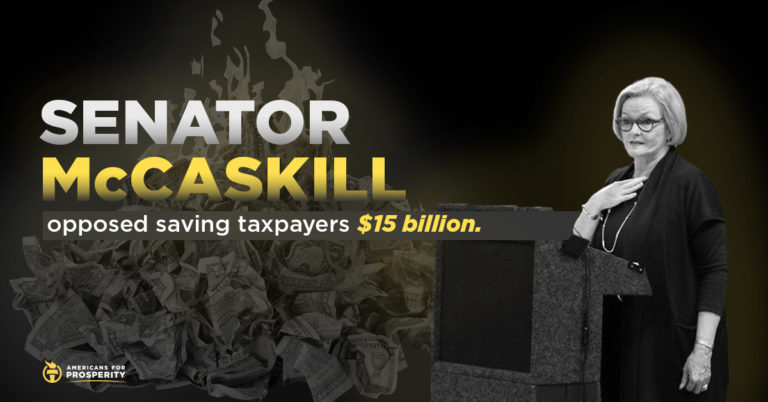 Continuing AFP’s long-term Stop Overspending campaign, the organization also called on Congress to freeze discretionary spending for fiscal year 2019 in a letter sent today to chairs and members of the House and Senate appropriations committees. AFP urged lawmakers not to exceed the FY 2018 spending limits for FY 2019, and then pursue comprehensive reforms to mandatory spending.

“Despite Sen. McCaskill’s rhetoric about addressing the country’s $21 trillion debt, her inaction speaks loud and clear – she’s not serious about getting spending under control. Her decision to vote against even bringing the bill up for a debate shows her indifference towards solving one of our nation’s most pressing issues. Missourians need a senator that will work for them, not the D.C. party leadership, when trying to tackle tough issues like our government’s mounting debt.”