Tallahassee, FL – Americans for Prosperity-Florida and their national outfit have sent a letter to the members of the House of Representatives in strong opposition to the so-called “MARKET CHOICE Act” sponsored by Representative Carlos Curbelo. A carbon tax and the accompanying border adjustment tax proposed by Rep. Curbelo would be an enormous new burden on American businesses and families that would disproportionally harm the least fortunate by causing surges in utility bills and a spike in gasoline prices, increasing the cost of goods and services across the board. 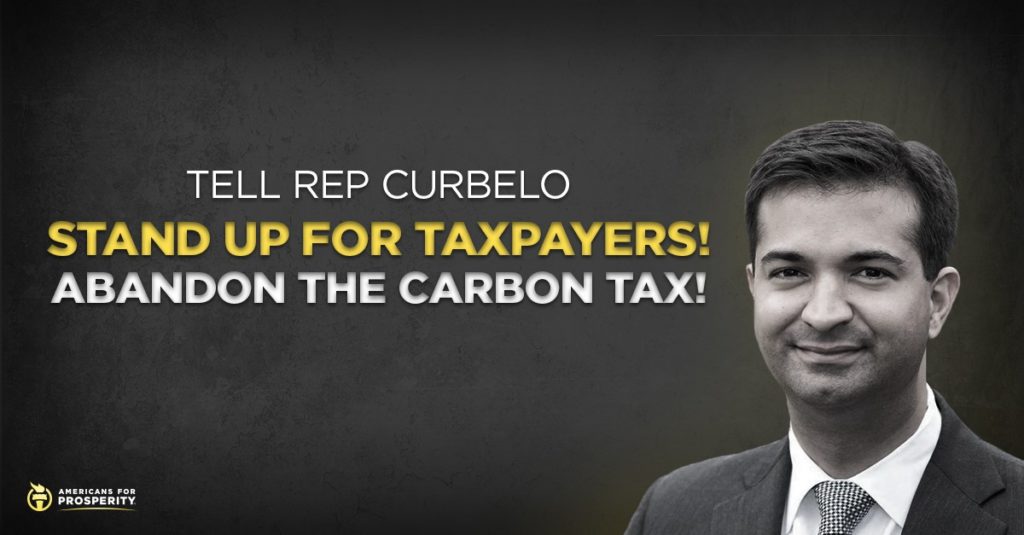 “Rep. Curbelo’s tax hike proposal would resurrect bad ideas and produce even worse alternatives. A carbon tax paired with a border adjustment tax would mean higher prices for essentials like gasoline, electricity, food, and clothing—and those price hikes would hit the least fortunate hardest. With the current strong economic outlook, we should seek ways to empower consumers, get out of control Washington spending in check, and build on the promise of the historic tax reform Congress passed late last year. The ‘MARKET CHOICE Act’ would be a harmful proposal that should be swiftly rejected by members of Congress.”

A carbon tax is a tax on energy, which is why last week AFP urged Congress through a key vote alert in support of a YES vote on H.Con.Res.119 expressing the sense of Congress that a carbon tax would be detrimental to the United States economy.

A carbon tax, which Curbelo would worsen by pairing with a BAT, is highly regressive policy that would raise home energy bills and gasoline prices, as well as other essential goods and services for the people who can least afford it. Ultimately, a carbon tax would destroy American jobs, drive up costs across the board, and make our economy less competitive.

In 2013 a Congressional Budget Office (COB) report acknowledged that “the costs of a carbon tax would not be evenly distributed among U.S. households (…) the additional costs from higher prices would consume a greater share of income for low-income households than for higher income households.”

In a letter sent to representatives last Wednesday, AFP announced it would score H.Con.Res.119 on its congressional scorecard and called on members to vote “YES” on the resolution that lets voted know where their elected representatives support the implementation of a highly regressive and harmful economy-wide carbon tax. Despite Rep. Curbelo voting against it, the Resolution passed.

For further information or an interview, reach Andres Malave at 407-388-8060 or AMalave@afphq.org.