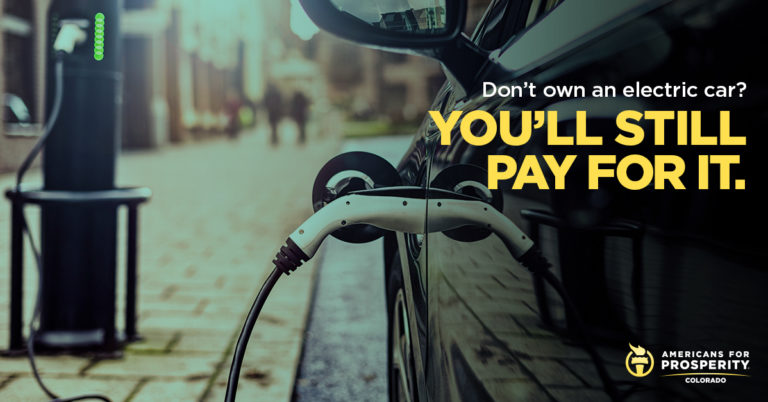 DENVER, Co. – Americans for Prosperity-Colorado (AFP-CO) released a statement opposing a bill that would create a scheme where utility companies could unfairly charge their customers when building electric vehicle charging stations.

SB 216, which was introduced in the Senate Transportation Committee today, would allow utility companies to build and maintain electrical vehicle stations and charge all of their customers for the costs, not just those using the stations. Furthermore, since each utility company’s asset base is backed up with guaranteed rate of return, utility customers would see more than one charge for any stations constructed. This bill also doesn’t include any restrictions on the amount of money utility companies can spend or recover from these projects, potentially leaving their customers with a massive bill.

“This bill is wrong on many levels,” said AFP-CO state director Jesse Mallory. “This bill just gives more power to utility companies that already have a government-protected monopoly, whereby they can charge all their customers for a project meant to serve a small minority. The private sector is working – there are countless charging stations throughout rural and urban Colorado. By asking the government to intervene in the electric vehicle market, we’re only providing a solution in search of a problem.”