DENVER, CO — Politicians are once again trying to eliminate TABOR refunds, just a few months after congratulating themselves for expediting refunds. But AFP-CO is doubling down on its pro-TABOR campaign to ensure Coloradans know this money belongs in their billfolds – not with money-hungry politicians.

“Last year, legislators applauded themselves for returning TABOR tax refunds citing how Coloradans needed the money to afford basic necessities, such as gas and groceries amid skyrocketing prices and inflation. Why can Coloradans suddenly afford to do without several hundred dollars of their money only a few months later?”

AFP-COs pro-TABOR campaign continues a new mailer is hitting mailboxes this week, the first of a series of educational efforts on the issue. The mailer’s doors and windows open to reveal real-life savings that TABOR can provide, including school supplies, gasoline, and groceries, among others. 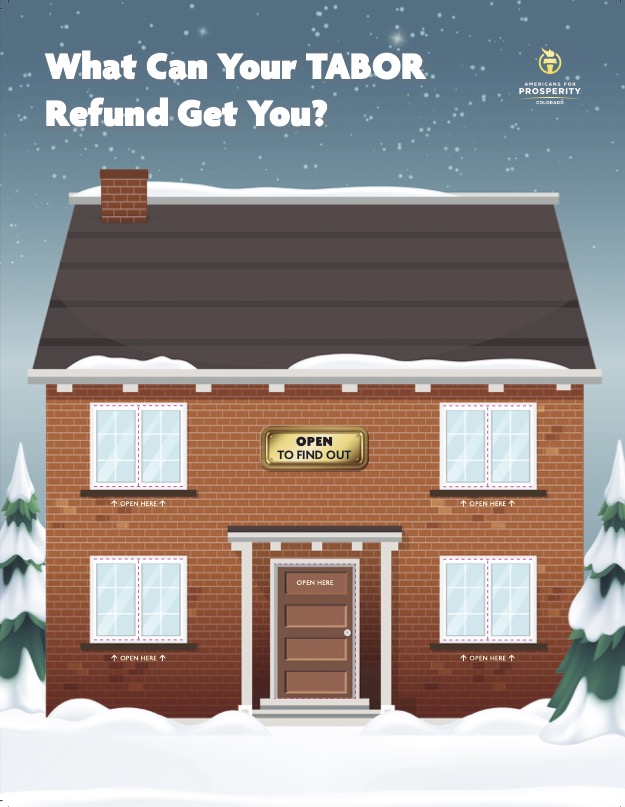 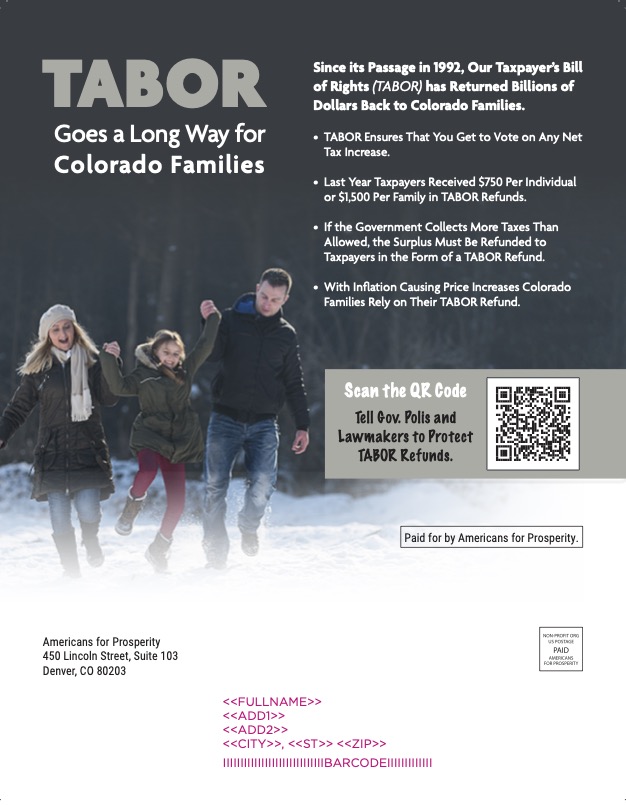