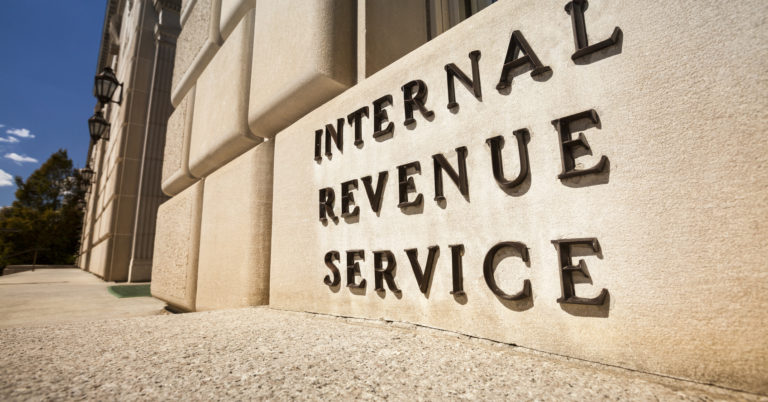 Do unelected government bureaucrats have the power to override a federal court ruling?

The answer should be “no.” But the Baldwin family found out the hard way that, in some cases, the answer is “yes.” Americans for Prosperity and Cause of Action Institute have filed an amicus brief in the U.S. Supreme Court, urging them to hear the case.

The Baldwins’ story deserves to be heard so people like them don’t fall victim to the same bureaucracy.

Some Americans may scramble on Tax Day to meet the filing deadline and avoid IRS penalties. But in 2005, the Baldwins sought their tax returns four months in advance. Back then, people could file their taxes using regular U.S. mail — a method backed by the controlling federal court case law and the centuries-old common-law mailbox rule.

But months later, the IRS issued a regulation claiming to overrule the courts and change the common law to require the use of registered or certified mail. Suddenly, regular U.S. mail was an unacceptable method of filing your taxes.

So, what about the Baldwins? They had already sent their tax documents before the rule change. And, like many law-abiding Americans, the family had overpaid their income taxes and were owed a significant return.

The IRS claimed it did not receive the Baldwins’ refund request before the deadline and retroactively applied its new regulation to deny the Baldwins their tax refund. Even though the family had complied with the law, the IRS levied punitive measures.

Seeking justice, the Baldwins sued the IRS. Trial court found the Baldwins were entitled to their refund, which the IRS did not accept. The agency appealed the case.

The U.S. Court of Appeals for the Ninth Circuit sided with the IRS this time and reversed the district court. The ruling found that under the Supreme Court’s decision in National Cable & Telecommunications Association v. Brand X Internet Services, the IRS was allowed to retroactively overrule the existing court case law and change the common law.

The New Civil Liberties Alliance has asked the United States Supreme Court to review the Baldwins’ case and overrule the Brand X decision.

Not all precedent is good

The circuit court was correct that, under the Brand X case, federal agencies like the IRS have the power to overrule federal court precedent. But the Brand X case resulted in consequences that can harm all Americans.

As the Baldwins learned, taxpayers can no longer rely on controlling judicial decisions. The IRS can simply “revise” them. Similarly, the Department of Labor has used the Brand X case to override judicial precedent regarding permissible tipping practices, affecting the day-to-day operations of countless restaurants.

These are just two of numerous examples of how Brand X interferes with law-abiding activity.

In our brief, we’re urging the Supreme Court to grant NCLA’s cert petition and hear the Baldwin’s case, right this injustice and prevent it from happening again, because:

What happened to the Baldwins could happen to anyone, and it’s unfair. Americans deserve to know in advance what the law requires, and they should be able to rely on court precedent to definitively clarify the law.

AFP has recently enhanced its legal-advocacy capabilities and will continue to participate as a friend of the court supporting important public interest cases, like this one, that protect constitutional rights, defend liberty, and promote economic opportunity.

Our full amicus brief can be viewed here.

More information about this case can be found here and here.