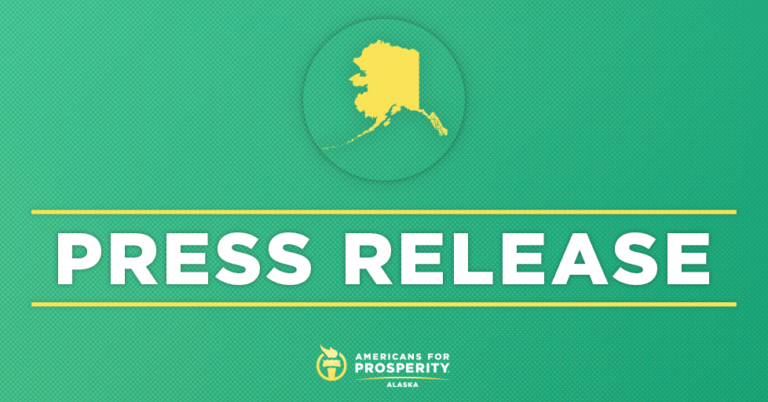 JUNEAU, AK. – Americans for Prosperity-Alaska (AFP-AK) today commended the Trump Administration for nominating Judge Amy Coney Barrett to the United States Supreme Court. Judge Barrett [X] is an experienced, qualified, and independent-minded constitutionalist who will defend the Constitution and not legislate from the bench. Joining AFP’s robust, nationwide campaign, AFP-AK will leverage the full weight of its permanent grassroots infrastructure to drive her confirmation to the high court. AFP-AK activists will continue to encourage their friends, family, and neighbors across the state to reach Senators Murkowski and Sullivan throughout Judge Barrett’s confirmation process.

As a top target for the nationwide campaign, Alaskans will soon see layered direct-mail, digital ads, and other tactics urging Senators Murkowski and Sullivan to support Judge Barrett.

“Judge Amy Coney Barrett is a highly qualified jurist with a track record of interpreting the law as written and protecting fundamental freedoms.

“On behalf of energized activists across Alaska, we encourage Senators Murkowski and Sullivan to support this qualified nominee and vote for her to serve on our nation’s highest court. We saw record engagement from our activists during previous Supreme Court nomination processes and expect nothing less for Judge Barrett.”

After receiving her J.D., Barrett served in two clerkships with accomplished, constitutionalist jurists. First, with Judge Laurence H. Silberman at the U.S. Court of Appeals for the District of Columbia Circuit and then with Justice Antonin Scalia at the Supreme Court of the United States. Barrett worked in private practice for two years in Washington D.C. before embarking on a distinguished career as a law professor at George Washington University, University of Virginia, and University of Notre Dame.

President Donald J. Trump nominated Barrett for the U.S. Court of Appeals for the Seventh Circuit on May 8, 2017. She was confirmed by the Senate on October 31, 2017. On November 2, 2017, Barrett received her commission to the court.

AFP has set up a unique web page at UniteForBarrett.com that empowers individuals to contact their senators, and phone and text grassroots outreach has already activated across the country. Several waves of targeted direct-mail, layered digital, and other tactics willto follow in Alabama, Alaska, Arizona, Colorado, Georgia, Iowa, Maine, North Carolina, South Carolina, Utah, and West Virginia in mere days.