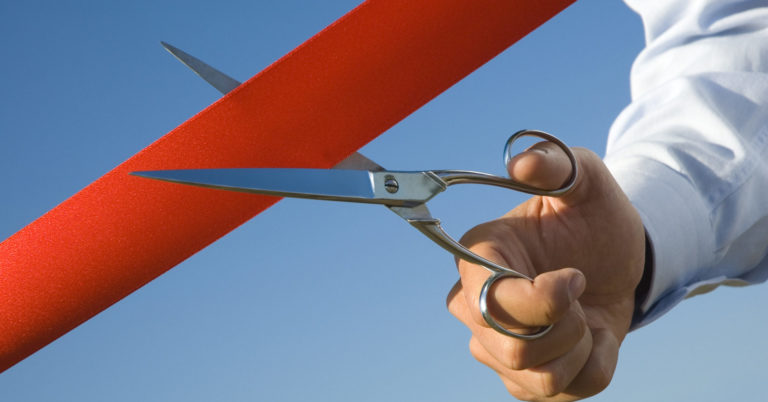 A Victory for Main Street: What You Should Know About Dodd-Frank Reform

Americans for Prosperity works to ensure that red tape doesn’t prevent American families from affording a home or starting a business. That is why AFP helped push Congress to enact the Economic Growth, Regulatory Relief and Consumer Protection Act. The measure provides relief to community banks suffering under Dodd-Frank’s crushing regulations that force smaller banks to pass costs down to consumers.

Last week, President Trump signed it into law, marking some of the most significant banking reforms in America since Dodd-Frank itself was originally passed in 2010.

Dodd-Frank has been on the books for nearly a decade, and after eight long years of burdensome banking regulations stifling growth and hurting small businesses, the American people can finally expect see financial regulatory relief.

How did Dodd-Frank get passed in the first place?

After the 2008 financial crisis, the economy was in turmoil and millions of ordinary Americans suffered.

The Far-Reaching Consequences of Dodd-Frank

While the legislation was sold as a way to curtail the power of big banks, the reality is that Dodd-Frank’s regulations did the opposite, crushing community banks with piles of regulatory red tape that big banks have no problem navigating.

After the law’s passage, financial institutions both large and small were forced to hire armies of new compliance officers to adhere to Dodd-Frank’s 19,000 pages of regulatory rules.

According to the American Action Forum, Dodd-Frank costs the banking industry more than $36 billion in compliance costs and 73 million in paperwork hours.

Big banks with deep-pockets can afford these costs, but many small-town banks cannot.

Since 2008, nearly 2,000 community banks have gone out of business, leading to fewer loans and less economic activity on main streets throughout the country.

In its attempt to end “too-big-to-fail” banks, Dodd-Frank unintentionally created an environment where smaller banks could be too small to succeed. Currently, these banks do not have the flexibility to take long-term customer relationships and individual circumstances into account.

Dodd-Frank’s burdensome compliance restrictions have affected banks large and small, but they have hit community banks the hardest.

A report from the Treasury Department shows that despite making up less than 20 percent of the banking industry’s assets, community banks provide nearly half the industry’s small business loans.

Local banks play a major role in the lives of everyday American families and are essential to building thriving communities with strong economies.

While Dodd-Frank’s policies were initially touted as regulations that would help these institutions, the truth is these burdensome regulations do more to harm community banks than to benefit them.

Furthermore, the Dodd-Frank regulations have made it more difficult for hardworking Americans to find credit.

Dodd-Frank has led to a 14.5 percent drop in consumer credit since 2010, which means fewer loans approved and smaller lines of credit.

A lack of consumer credit makes it more challenging for people to take out an auto loan, borrow to start a small business, get a mortgage to buy a house or get credit to pay for everyday expenses.

The Passage of Dodd-Frank Reforms

The Economic Growth, Regulatory Relief and Consumer Protection Act is a major victory for everyday Americans.

But there is still work to be done. By enacting further reforms and freeing more small and regional banks from the restrictions of Dodd-Frank, Congress can help American consumers get even more relief.

Removing barriers to opportunity for everyday Americans will give entrepreneurs and families better access to capital and ultimately pave the way for a more prosperous America.

In the days ahead, Americans for Prosperity will continue urging Congress to pass additional measurers that provide regulatory relief for everyday Americans.