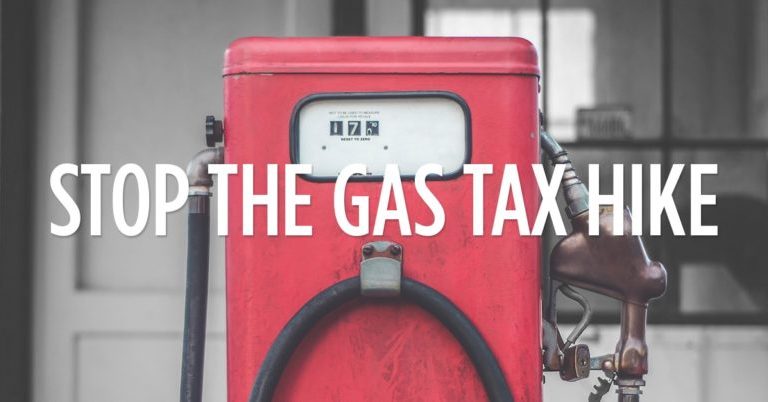 BATON ROUGE, La. – Americans for Prosperity (AFP) on Thursday launched an updated state-by-state analysis of the consequences a 25-cent gas tax increase would have on people across the country. If implemented households in Louisiana could pay on average $306 more federal gas taxes. The hike would amount to a 65 percent increase above what households currently pay, one of the largest percentage increases among the 50 states.

The analysis is being released on the heels of a state proposal to increase the state gas tax by 18 cents. The plan is being spearheaded by special interest groups who would stand to directly benefit from the increased revenue. AFP-Louisiana has been critical and has announced opposition to that legislation.

“The thought of federal and state lawmakers increasing the gas tax at the same time should wake folks up. Not only could Louisianans pay 43 cents more per gallon of gas, the increased costs for manufacturers, the shipping industry, and other fuel-dependent industries will send shock waves through an already ailing state economy and make most things we buy more expensive. Trying to raise the state gas tax is bad enough, but more than doubling it with a national gas tax would severely affect every family in many ways.

“Louisiana has one of the lowest gas tax rates in the country—it might be the only ranking where our state is near the top. Why do we want to change that? There is no doubt our roads need to be addressed but asking Louisianans to pay higher taxes is a disingenuous approach. Like the federal budget, there is room in the state budget to cut wasteful spending, move DOTD funding into the general fund, and explore private-public partnerships.”

According to the AFP analysis, households across all fifty states would face hundreds of dollars in higher taxes at the gas pump. Notably, households in states like Wyoming, Texas, South Dakota, South Carolina, and Mississippi would all see a new tax burden ranging from $340 to $380 per year. Furthermore, the total state and federal tax burden would climb to over $1.00 per gallon in Pennsylvania, 96-cents in California, 92-cents in Washington, 87-cents in Hawaii, and 87-cents in New York.

Coinciding with the report, AFP is launching a nationwide, six-figure campaign advocating solutions for improving America’s infrastructure without imposing a 25-cent per gallon gas tax hike, which would impact virtually every aspect of the economy. The ads will encourage lawmakers to oppose any efforts to increase the gas tax and instead prioritize key reforms that will improve our nation’s infrastructure, such as:

AFP has long maintained that there are better ways to address our nation’s infrastructure challenges than asking taxpayers to reach back into their pockets to funnel more money into a broken system. The national economy is booming in large part to the tax and regulatory reforms that Congress and the administration have implemented, and we urge them not to undermine that success by clawing back that tax relief at the gas pump.