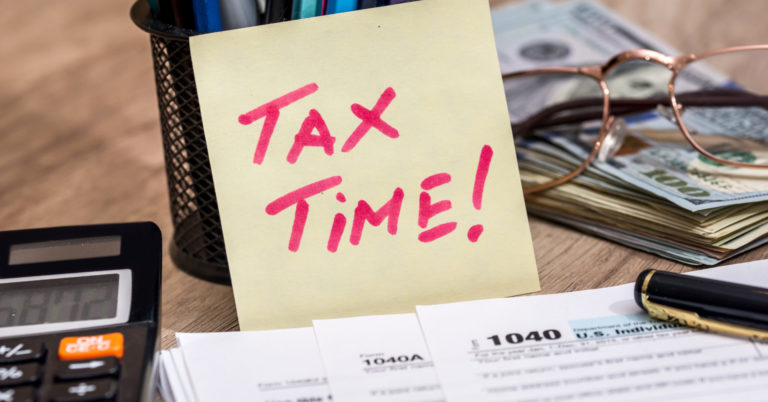 5 Things to Look Forward to Under the New Tax Code

We’re just a few days out from Tax Day on April 17, when we’ll say goodbye to our outdated, complex and burdensome tax system and hello to a simpler, fairer and more efficient new tax code!

Check out these five positive changes that all Americans will see next year thanks to the Tax Cuts and Jobs Act:

Did you know that America has had the highest corporate tax rate in the industrialized world for years?

Thankfully, we won’t have to deal with uncompetitive corporate rates for very much longer! Under the new tax code, Americans can say hello to a 21 percent corporate tax rate, which will spur job growth and business investment in the United States.

Americans can say goodbye to a number of loopholes and carve outs—in the old code, these handouts added up to more than $1 trillion a year.

Instead, say hello to the biggest effort in decades to create a simpler, fairer tax code that begins to put the American people first, ahead of special interests.

No worries! Thanks to tax reform, you can say goodbye to the old high tax rates that have fed Washington’s spending addiction for years.

Instead, get ready to say hello to lower rates at every income bracket. The new tax code will nearly double the “standard deduction” (that’s the money taxed at 0 percent!), allowing Americans to keep more of their hard-earned paychecks!

Now, you can say goodbye to all that wasted time and say hello to a simpler tax filing process, which will save time and resources next time you file federal taxes.

A key facet of Obamacare is going away!

Say goodbye to Obamacare’s individual mandate penalty which has forced Americans to buy insurance or pay a tax, amounting to $695 per adult and $347.5 per child for 2017.

Instead, say hello to keeping more of your money and enjoying more health care freedom, without the fear of being punished for not buying Obamacare.

These changes are a great start to making America’s tax code simpler, fairer and easier to understand, all while helping more Americans keep more of what they earn.

To learn more about the American Pay Raise and how America’s new tax code will increase economic growth and provide new opportunities, higher wages and more jobs for Americans, check out www.AmericanPayRaise.com.

We’ve made great progress, but our work isn’t over yet! Going forward, AFP activists must continue our efforts to protect the benefits of tax reform and make them permanent.

Tell Congress to preserve the benefits of tax reform and protect the American Pay Raise today!