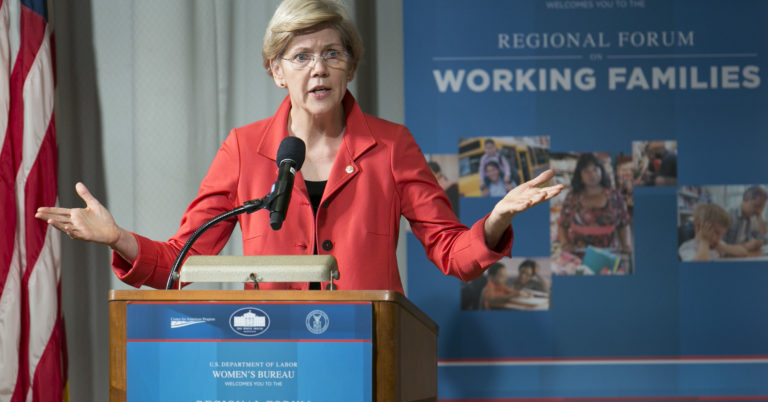 3 Reasons Senator Elizabeth Warren and Others are Wrong About Tech

Sen. Elizabeth Warren recently announced her proposal to have politicians micromanage — or even break up — tech companies.

If that doesn’t sound like a good idea to you, it’s because it’s not:

America’s biggest tech companies are controlling more and more of our digital lives. And they’re using their size and power to make it harder for the next tech entrepreneur with the next big idea to break through and compete with them—meaning less options for us.

She elaborated on her proposal via Medium:

“That’s why my administration will make big, structural changes to the tech sector to promote more competition — including breaking up Amazon, Facebook, and Google.”

Unfortunately, Warren is not the only one to offer a proposal like this. Many lawmakers on both sides of the aisle have the misinformed notion that politicized antitrust enforcement against tech companies will benefit consumers and entrepreneurs.

Here are three reasons why this approach won’t work:

1. Breaking up tech companies won’t stop political power from being “thrown around.”

Antitrust laws, used in the way Sen. Warren and others suggest, do not stop political power from being “thrown around.” Instead, they take regulatory power away from the proper enforcement agencies, such as the Federal Trade Commission, and give it to politicians — further politicizing the industry.

Antitrust laws are meant to address instances of collusion, price-fixing and other anti-competitive behavior. They’re not meant to stop the competitive process.

Competition is what gave us the technology we enjoy today, and it will give us the products we’ll be enjoying in the future. When consumers get to control demand, the supply is higher quality at more affordable prices.

Google, Facebook and other companies became successful through competition, by meeting market demands with quality products. Punishing them removes the incentive to keep innovating. It also removes incentives for “the next generation of tech companies” to grow their businesses and become successful.

When businesses are not encouraged to innovate and grow, consumers end up missing out while tech companies from other countries move ahead of the United States as global industry leaders.

The bottom line is that government should not be in the business of picking winners and losers in the tech industry — or any other industry.

America is home to some of the best and brightest minds. If left unburdened by heavy-handed government intrusion, the sky’s the limit.