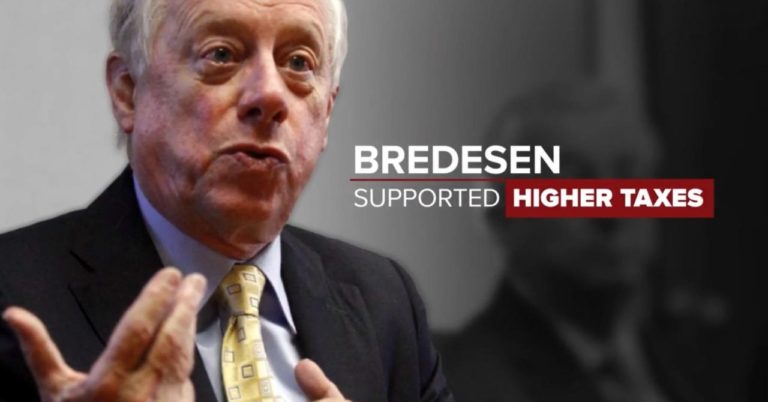 The Facts About Phil Bredesen’s Record

When times are tough, we budget for our families.

But when our states budget was in crisis, Phil Bredesen supported higher taxes on us.

And while we struggled through a recession,

Four million on a party cave, gilded bathrooms and a kitchen worth two Tennessee homes.

Phil Bredesen lived the life. We paid the bill.

Phil Bredesen responded by claiming, “I never raised either the gas tax or the sales tax.” Thankfully, he didn’t. But he absolutely supported both of those harmful policies.

The facts couldn’t be clearer. Not only did Bredesen support raising the gas tax and sales tax, he talked about it repeatedly. Don’t take our word for it. Take his:

Bredesen is now running on the record of those who saved him from himself and is seeking credit for failing to fully implement his own bad ideas. If he had his way, Tennesseans would have seen even higher taxes throughout his time as governor.

Some in the press think that Bredesen should get a pass because the policies he supported never went into effect. We disagree.

Phil Bredesen is running for U.S. Senate. Senators have to vote on things like higher taxes. His consistent and repeated support for higher gas and sales taxes is something that every Tennessean should know about.

This is why it is paramount that you get out and vote for Marsha Blackburn, who has proven that she keeps her word and will always fight for Tennesseans. Sign the petition and pledge to vote for Marsha in November!