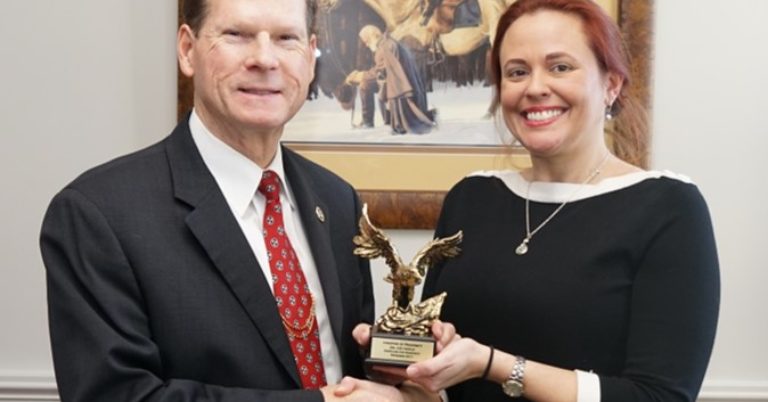 “Senator Hensley is a steadfast advocate for taxpayers and rightful recipient of our highest honor, the Champion of Prosperity award,” said AFP-TN State Director Tori Venable. “He stood with taxpayers to oppose the gas tax hike while Tennessee held a two-billion-dollar surplus; his record of fiscal conservatism speaks for itself.

The “Champion of Prosperity” award is given to lawmakers who have distinguished themselves by scoring 90 or higher on AFP-TN’s biannual legislative scorecard, which measures lawmakers’ allegiance to economic freedom and fiscal responsibility. Sen. Hensley has been named a “Taxpayer Hero” with a score of 96.

“The fundamental principles that made this country the greatest country the world has ever seen can should still be used today,” said Senator Hensley. “Receiving this award is a great honor as it shows my commitment to the timeless principles of correct governance and liberty for all.”