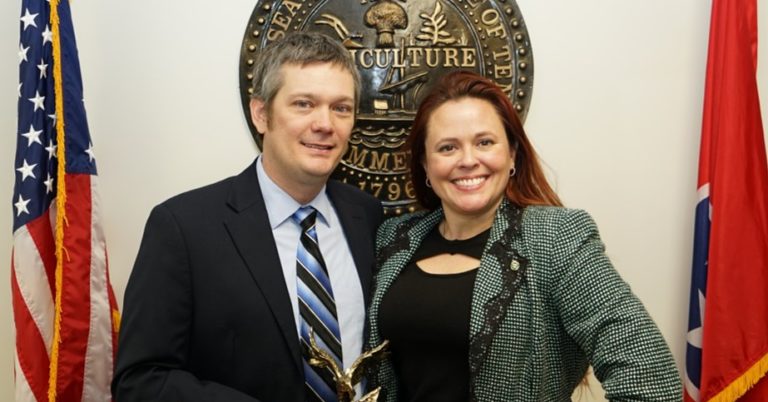 “Representative Goins has been an outstanding legislative leader who stands up for Tennesseans by working to keep taxes low and our government within its Constitutional role. He was the primary sponsor for many of our top policy priorities and a rightful recipient of our ‘Champion of Prosperity’ award,” said AFP-TN State Director Tori Venable. “His dedication to free market policies and lower taxes on behalf of hardworking Tennessee families sets a great example for others to follow.”

The “Champion of Prosperity” award is given to lawmakers who have distinguished themselves by scoring 90 or higher on AFP-TN’s biannual legislative scorecard, which measures lawmakers’ allegiance to economic freedom and fiscal responsibility. Rep. Goins has been named a “Taxpayer Hero” with a score of 104.

“I want to thank Americans For Prosperity for recognizing the hard work that I, along with many of my colleagues, put in at the state legislature,” said Goins. “It can sometimes be challenging to ignore special interest groups in order to do what is right for our constituency, but there is a surprisingly large number of legislators who put people above politics.”