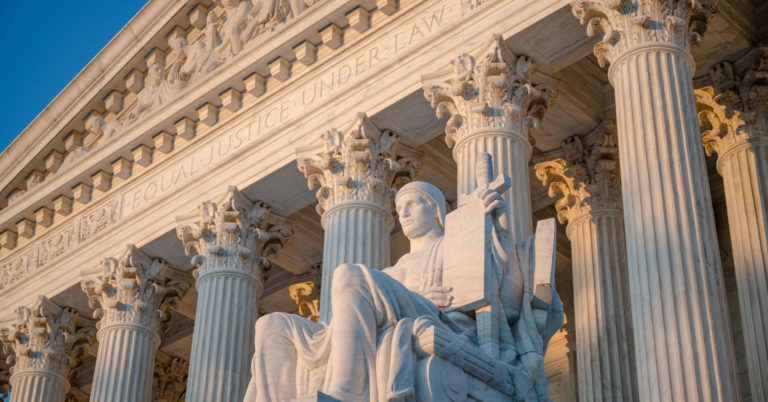 With the Judiciary Committee having voted Judge Barrett out favorably — and lawmakers now planning to hold a full vote on the qualified nominee Monday — Mattox asked Senator Braun how the nominee held up through the questioning process.

“I think she knocked it out of the park,” he said, adding, “I think that’s what the American public saw.”

Mattox later noted that many lawmakers seemed interested in having the nominee commit to certain policy positions, something contrary to the proper role of a judge.

“If you read the Constitution, Articles One, Two, and Three are about as explicit as any part of the document [could] be,” the senator noted. “Over time, that idea — even when you use the excuse, ‘Oh, that was done centuries ago’ [or] ‘It’s meant to evolve’ — to me, that might seem reasonable, until you look at where we’ve gone with it.”

He explained that this confusion over the judiciary’s constitutional role is why we see “legislating out of two branches, instead of one.”

Though the confirmation hearings have concluded, Mattox encouraged the audience to continue their outreach efforts to senators and urge them to place Judge Barrett on the Supreme Court.