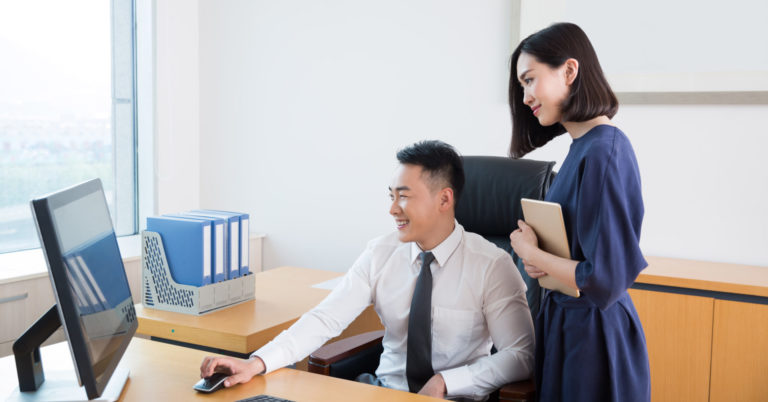 This could not be further from the truth.

Under the executive orders, federal employees who face discrimination or sexual harassment will still have the same basic protections provided by laws passed by Congress they had before – and maintain the ability to file a complaint with the Equal Employment Opportunity Commission and other outlets.

Furthermore, a recent poll shows that a majority of government workers – 51 percent – support the reforms, which the Daily Signal notes, “will not affect the vast majority of employees and, in fact, will likely improve their working conditions.”

Clinging to an Outdated System

In the letter, members of Congress went on to defend labor-management partnerships and argue on behalf of union negotiators, stating, “Management and labor must work collaboratively to ensure that the workforce is safe, fair and productive.”

In reality, the reforms will increase federal worker performance by setting deadlines for the completion of collective bargaining agreements, saving taxpayers both money and time, and reforming a system that was previously skewed enormously in the direction of labor unions.

The executive orders do not fundamentally change federal law on the civil service — that is possible only through an act of Congress.

Rather, the executive orders are an important step toward increased transparency and accountability for federal workers.

Republican members’ willingness to put union interests before taxpayers’ interests is disappointing, to say the least.

It demonstrates the lengths to which some members will go to maintain Washington’s broken status quo and shield the bureaucracy from reforms that hold federal agencies accountable to the American people.

The purpose of the executive orders is to increase accountability and effectiveness in the federal workforce, by doing the following:

President Trump’s accountability measures are an important start, but further reforms are needed.

Rather than asking the White House to overturn the executive orders, Congress should double-down on accountability efforts by passing bills like theMERIT Act and the Official Time Reform Act, which increase transparency in the bureaucracy and ensure that federal workers are advancing the priorities of everyday Americans — the ones who pay their salaries.