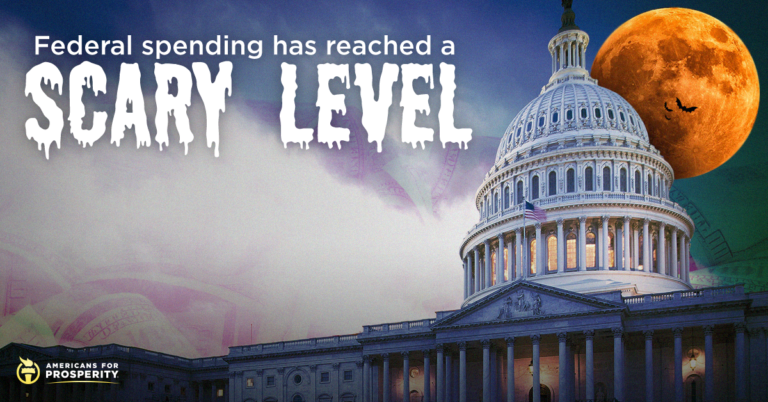 No Monsters Needed: These 4 Federal Overspending Facts Are Sure to Give You a Fright

Halloween isn’t until Wednesday, but federal spending has been scary this entire year. Actually, it’s been scary for decades.

A new report Speeding Toward Bankruptcy indicates that spending grew an average of 2.3 percent each year over the past 30 years. That’s greater than the average annual revenue growth during that same amount of time!

But those aren’t the only frightening facts about overspending. Here are four more that are sure to scare you.

During fiscal 2018, federal spending increased 3 percent, to more than $4 trillion for the first time ever.

Entitlement programs increased spending the most…

…And they will continue to increase spending

Social Security, Medicare and Medicaid will increase by nearly 90 percent over the next 10 years, or over $1.7 trillion.

In 10 years from now, total annual federal spending is projected to top $7 trillion. That’s an increase of roughly 72 percent over Fiscal Year 2018.

Like every zombie apocalypse or other Halloween-ish epidemic, there’s an antidote for out-of-control federal spending. According to Speeding Toward Bankruptcy, the cure lies with Congress.

“With spending growth outpacing revenues and accelerating ever faster in the future, it is imperative that Congress turn its attention to getting spending under control,” the report says. ”Reforming the biggest mandatory spending programs so they are affordable and sustainable is imperative for the taxpayers of today and tomorrow.”

View “Speeding Toward Bankruptcy” in its entirety here.

Click HERE to tell your lawmakers to stop overspending!