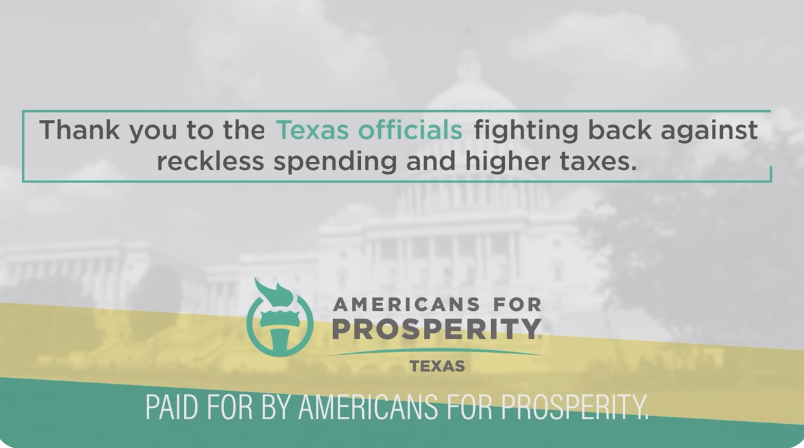 The video is available here.

“Taxpayers are making their opposition known and Washington, D.C., is finally listening. Now is a critical time for lawmakers to speak out against this out-of-control spending proposal. It imposes historic tax hikes, will increase health care costs, and cause energy bills to skyrocket. AFP is calling on our representatives to stand with Texas taxpayers and reject this reckless spending spree.”

For further information or an interview, reach Nicole Tardif, NTardif@afphq.org.