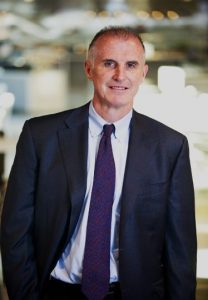 Mr. Holden began his career with Koch Industries in 1995 as a litigation attorney, and was vice president and general counsel for litigation and compliance where he worked with the various Koch companies on a variety of litigation, regulatory, compliance, and commercial issues.  Mark has also served as Chairman of the Board of Freedom Partners Chamber of Commerce, Inc., as president and COO of the Legal Division of Koch Companies Public Sector, LLC, and served for 15 years as General Counsel of Koch Industries, Inc.