KANSAS CITY, M.O. – Americans for Prosperity-Kansas (AFP-KS) activists hosted a tailgate at the Kansas City Royals game on Saturday, September 18th at Kauffman stadium. The grassroots group spoke to fans about the bills and handed out informational materials to continue to echo AFP’s calls to “Stop the Spending Spree” in Washington as part of the nationwide “End Washington Waste” campaign.

“Washington’s focus on increasing spending through the expansion of federal programs is a gross miscalculation that will be at the expense of hard-earned taxpayer dollars. We can grow the economy, build infrastructure, empower families, and address critical needs without massive new taxes and wasteful spending. Kansans must reach out to their lawmakers to tell them that there is simply a better way.” 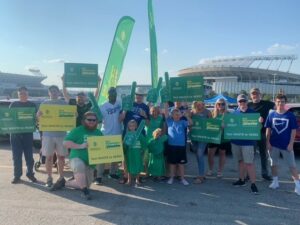 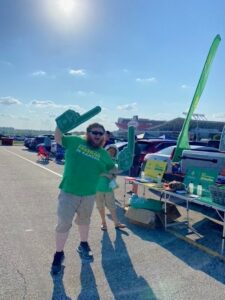