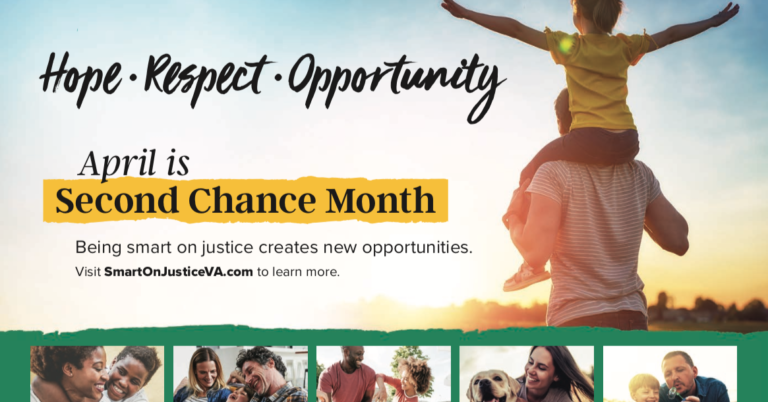 RICHMOND, Va. – Americans for Prosperity-Virginia (AFP-VA) today launched a direct mail campaign inviting Virginians to call on their elected leaders who supported policies to reform the criminal justice system during the 2019 legislative session and urge continued action advancing these important reforms. The direct mail campaign is part of a national six-figure effort highlighting key progress across 10 states and comes as the nation recognizes Second Chance Month.

The Commonwealth’s lawmakers tackled a bill to end the unjust practice of suspending the driver’s licenses of individuals who are late to pay court fines and fees. The common sense reform will allow thousands of Virginians to keep their licenses and maintain their means of transportation, enabling them to have the income needed to pay the fines they owe in a timely manner. The legislation ultimately passed as a budget amendment during veto session.

“We applaud Virginia lawmakers for working to enact meaningful reforms to our criminal justice system this session – particularly driver’s license suspension reform. The previous policy disproportionately affected low-income folks and forced them to choose between losing their job or risking jail time and more fines for driving on a suspended license. On national Second Chance month, we’re thanking members for stepping up and supporting legislation to create opportunities for people who are working to improve their lives and provide for their families.

“We encourage these lawmakers to continue pursuing policies that are smart on crime and soft on taxpayers. We invite anyone who supports this approach to criminal justice to join us in working to see these policies enacted.”

Driver’s license suspension reform in Virginia comes on the heels of passage of the federal First Step Act, which AFP proudly supported.

The new law, one of the most significant reforms to the federal criminal justice system in decades, is already working to give many people opportunities to contribute to society. AFP is now pushing Congress and the Trump administration to fully implement and fund the law, so that its full benefit will be realized.