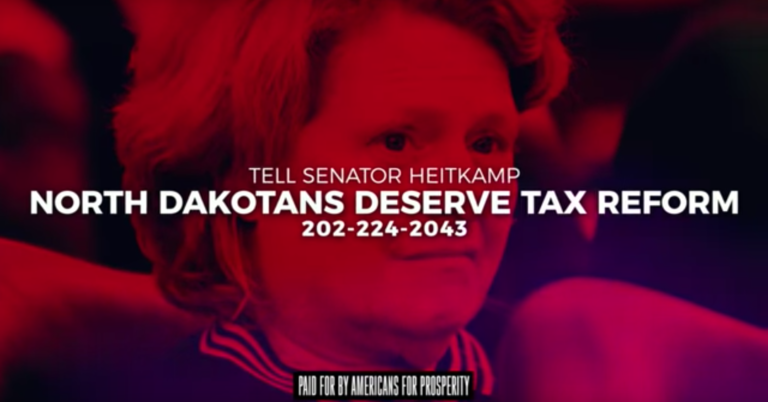 If Sen. Heidi Heitkamp wants to defend her no vote on tax reform she should at least be willing to use facts about the bill.  So far that has not been the case. Last month, Sen.  Heitkamp made several erroneous claims about the tax reform bill prior to its passage, stating all North Dakotans would see a $10,000 increase in their taxes.

That’s just not true. Yet Sen. Heitkamp still hasn’t amended her statement after the misleading tweet was deleted from her account.

Additionally, Sen. Heitkamp continues to make false claims about tax reform now that it is law.

In a recent interview on 970 WDAY’s Mike McFeely Show, Sen. Heitkamp made comments that are easily disputed and show a lack of understanding for her constituents’ needs.

Let’s take a look at the worst of the worst.

That statement is largely misleading, as H&R Block’s stock remained fairly flat the day she mentioned the increase and the ups and downs of the stock were not tied to tax reform according to the company’s CEO.

This statement is seemingly indicative of an effort to discredit a good tax reform plan. It’s unnecessarily embellished and takes attention away from the fact that tax reform is good for companies and individuals alike.

Are you tired of the facts being distorted or flat-out misrepresented? Are you excited about tax reform and what it will mean for your family? Hold Senators accountable for not supporting tax reform, because it’s better for North Dakotans to keep more of their paychecks.